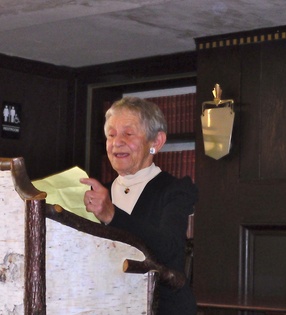 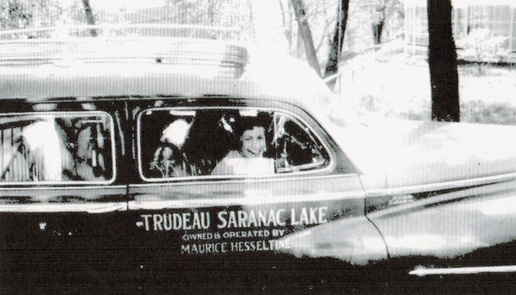 Lilo Levine in a Trudeau Sanatorium taxi. Photo from Portrait of Healing, courtesy of Lilo Levine.Born: May 9, 1921, in Goeppingen, Southern Germany

Lilo Guggenheim came to Trudeau Sanatorium as a young nurse with tuberculosis. Her cure was successful and she returned to nursing on the sanatorium grounds, where she met Mel Levine, a patient. When his health, too, improved, they were married. Lilo told the story of her life in a chapter of Portrait of Healing, a book by Victoria E. Rinehart. She became close friends at Trudeau with Cathy Pendergast. After Mel's retirement, the Levines returned to Saranac Lake to live.

At age 90 in 2011, Lilo attributed her long life and health to a hydrotherapy regime developed in Bad Woerishofen, Germany, by Sebastian Kneipp. She was actively working to develop an exchange between Bad Woerishofen and Saranac Lake, enabling it to become the first Kneipp curing village in the United States. 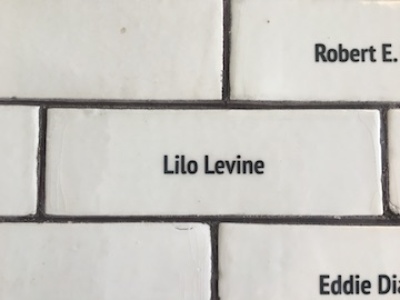