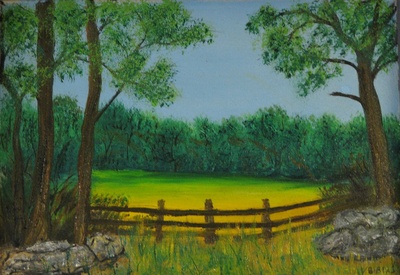 The Glass Half Full

Many don't realize how much one event can change the outcome of their lives. How the loss of a loved one can really shape a future. Imagine hitchhiking home with your friend one day and you see a commotion down the hill. A car is damaged by what appears to be an accident with a train. Then you realize that it's your friend's car and your mother was inside. You realize that she is dead and immediately run home. Life as you knew it no longer exists. Does this seem surreal? What's the chance that something like this would ever happen? But this is not just some story. It's Lionel Bibeau's story. Lionel Bibeau was born on April 22nd, 1932 in Graniteville, Vermont. Bibeau lost his mother in a horrific train accident when he was 14, and from that day on he took over the housework. He took care of his father, brothers, and sisters. But what about his childhood? What about playing a pickup game of basketball at the park? Or leaving school early to go swimming on a hot day? Lionel was forced to give up his childhood but in return gained a love for what formed his life. Lionel fell in love with the craft of cooking. At the age of 19, along with his friend, Lionel joined the navy. He spent four years touring the US on ships like the USS Missouri He spent a good majority of his time on deck force, which required him to use his house skills with cleaning and cooking. After switching to the K division, Lionel realized he enjoyed his time in the kitchen more and was switched back. After release, Lionel took advantage of the GI Bill by attending the Culinary Art Institute. Through various amounts of time-consuming studies, Lionel finally decided to switch his scenery from New Haven. On a bulletin board at the CIA, a poster for Paul Smith's College was hanging up and the natural beauty really caught his eye. So in 1957, Lionel embarked on the adventure of attending Paul Smiths. 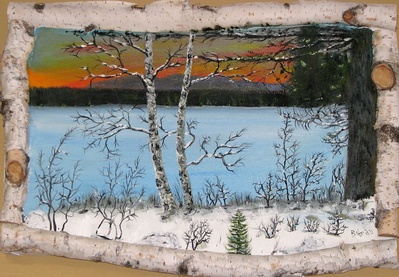 When arriving in the Saranac Lake area, miles of snow banks and a town filled with friendly people greeted Lionel. He began taking classes at Paul Smiths and started to form a life in Saranac Lake. Along with his culinary education, Lionel found his future wife from a blind date. When asked if he wanted to meet a nice young lady from town he continued to say no until finally giving in. He met a young woman named Marilyn and the two dated for a couple months. But when things fell through between them, he planned on leaving for California. But fate must have wanted him here, because he ran into her once again. "I'm going to marry that guy," said Marilyn when finally seeing him again and she was right. Saranac Lake was Lionel's new hometown.

From his years of experience and education, Lionel began his career in the culinary arts. Starting at a small inn and working his way up through many establishments, Lionel has been able to produce quite an impressive resume. Through the interview, Lionel proved to be a people person. This explains why he found a likeness in working for the correctional facilities. He enjoyed interacting with everyone and was able to still keep the prisoners respect.

While cooking is what seemed to help Lionel build a life, he also has adapted other skills. He self-taught himself to paint and has had more than 200 paintings bought or placed around Saranac Lake. Also, giving back is part of Lionel's life accomplishments. Through programs like meals on wheels, Lionel has been able to get involved with the Saranac Lake community. He found patience through cooking, relaxation through painting, and inspiration through his life in the Adirondacks. Who knew that such a tragic childhood, could bring on a fulfilling life? 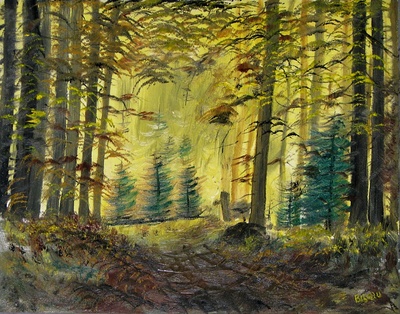 Lionel Bibeau is an accomplished man in our community who you might not know about. He was born in 1932 in Graniteville, Vermont.

At age 14, Bibeau experienced a traumatic event. His mother passed away in an accident. After this, he was forced to shoulder the duties of his mother and missed out on aspects of his childhood such as playing sports.

However, having to take care of his family sparked a lifelong interest in cooking and a rewarding time in the Adirondacks.

Bibeau's passion for food began as a teenager. He helped raise his siblings and had to take on a lot of parental work because his father, George, broke his legs. As a result, Lionel could not participate in activities he would have enjoyed, such as basketball. Despite missing out on extracurricular activities at Holy Ghost School and Spaulding High, he doesn't regret the vital role he had in his family and attributes this time to sparking his career in the culinary arts.

Despite Bibeau's devotion for cooking, he began work on his long list of accomplishments in the U.S. Navy. Following high school, he spent four years in the Navy as part of the 6th Division. He was a baker and served on famous World War II vessels like the U.S.S. Missouri and on the U.S.S. Colleton, where he worked shore duty in Boston. He also served for a time in Japan.

After Bibeau was discharged, he used the GI Bill to go to school, where he would take his talents to the next level. He attended the Culinary Institute of America in New Haven, Connecticut, and received his Basic and Advanced Chef Certificates in 1957. After seeing an advertisement on a bulletin board, he decided to make his way to the Adirondacks and Paul Smith's College, where he would earn a degree in Hotel and Motel Management in 1959.

Lionel ended up working for many establishments in his career, at Yale, Dartmouth, Wilmotts Bakery in New Haven, Normandy Inn in Connecticut, Northwood School, Gabriels Sanatorium, Wawbeek Hotel, Paul Smith's College, Duffy Cedar Post, Lake Placid Club, and the Adirondack Correctional Facility. He has experience across the board as a chef, butcher, broiler cook, fry cook, pastry chef (He would wake up at 4 A.M. to fry 90 to 100 jelly donuts!), technical assistant and instructor, food administrator, assistant manager, and manager. His favorite job was his last one, where he found his niche at the Correctional Facility in Ray Brook. He worked as Cook, Head Cook, and Food Administrator from 1981 to 1997. One of the reasons he liked working at the Correctional Facility so much, is because he had no problems dealing with any of the people.

Another interesting aspect of Lionel's life is his love for painting. He got into oil painting when his neighbor, a painter, gave him five lessons. He found this activity to be very relaxing and, as it turned out, these lessons went a long way and complemented his natural ability as a painter. His favorite things to paint are landscapes around the Adirondacks. Bibeau created and donated 30 to 40 paintings for Paul Smith's College, many of which were scenes significant to Paul Smith's. The paintings are very beautiful and he has produced them quite prolifically. In fact, he has painted over 200 paintings that he has kept, donated, or sold. Some of these paintings are displayed in Saranac Lake at Another's Treasure. Bibeau has had a great impact in the Adirondacks for over 50 years, stemming from his hard work and caring personality. When asked about how things have changed in Saranac Lake, he noted that there were three big hotels and a spectacular Winter Carnival parade with many nice floats. Also, he added that he used to be able to spend a good portion of time going from shop to shop in the friendly atmosphere of town, on what he called a "busier" Main Street.

Currently Lionel is retired, but he serves as a bright, resourceful, and active member of the community with many worldly experiences to share. He has two daughters and a wife, Marylyn, who lives with Lionel in the same house that she was born in. His hobbies include hiking, walking, skiing, and oil painting. He still enjoys cooking and shares the cooking duties of the house with his wife. His favorite food to cook is prime rib.

In the years since retirement, Bibeau has helped many people around Saranac Lake. He delivered meals to people in the community and he helps as a lunch boy at St. Luke's Church. Lionel Bibeau is definitely living a fulfilling life and it is hard to imagine how he has accomplished so much. Perhaps the only way to explain his success is through the virtue that Lionel says is vital to food service — "patience."