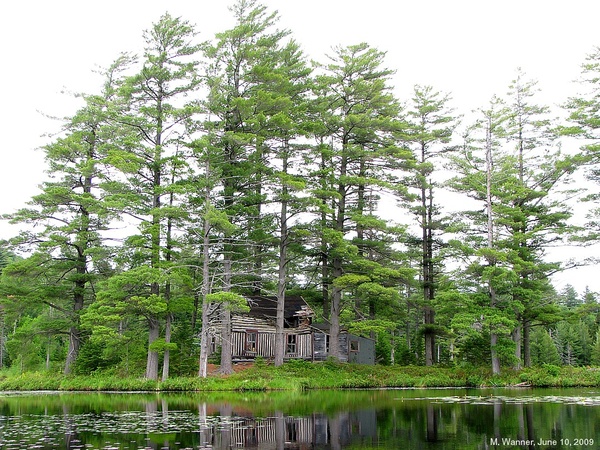 An abandoned house on the shore of Madawaska Flow 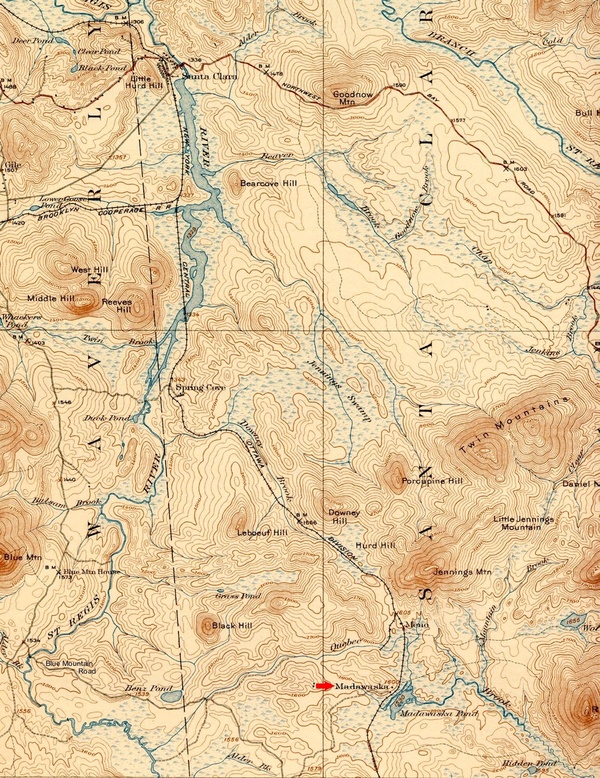 Detail of the 1923 Santa Clara Quadrangle USGS map (surveyed in 1921) showing Madawaska. Blue Mountain is called Azure Mountain today. Madawaska is a pond and a former community between Azure Mountain and Meacham Lake.  The pond is both fed and drained by the Quebec Brook.  The Madawaska Flow-Quebec Brook Primitive Area surrounds it.

"Madawaska" is a place name in New Brunswick, Canada, and Maine.  The name "Madawaska" comes from the Miꞌkmaq words madawas (porcupine) and kak (place).

Will Martin, a guide, making his home at McCollom's, two miles from Paul Smith's, was found frozen to death Tuesday morning, six miles from Madawaska. He started Sunday right from Madawaska station to go to Rice's Pond, a distance of four miles, and evidently became snow bound and overcome by the fierce blizzard that prevailed Sunday night. His dead body was found by a searching party, made up from Madawaska and McCollom's, where he had from all appearances fallen exhausted along the roadside.

The large hotel owned by James Eccles find located at Madawaska, well known as a resort for hunters and fishermen, was destroyed by fire about noon Tuesday, July 23d. All the buildings connected with the place excepting the guide house, barns and a small building used as a postoffice, were burned.

Break Out Afresh at Many Points In Mountains

DESPERATE ATTEMPTS TO EXTINGUISH THEM

Madawaska section foreman`s house, tool house and bunk house, a converted rail car. The section foreman and his family lived in the house, the tools and pump car were in the tool house and the members of the section gang lived in the converted rail car.  ICC photograph, 1918, courtesy of Tim MayersHogle Fox Farm, Chazy Lake, Sand Creek Lake and Owl's Head Named.

(By the Associated Press)

ALBANY May 24-Forest fires in the Adirondacks which were thought to be under control, have broken out afresh and new fires are reported, the conservation commission announced…

About 250 men with the fire train worked throughout one night in the Madawaska section trying to get under control the biggest forest fire raging in the Adirondacks. Efforts were extended to save the Hogle Fox Farm which was in grave danger. Bodies of men from all sections were being recruited and rushed to the scene after a band of 150 fighters, lost control of the conflagration and sent out an appeal for more aid. 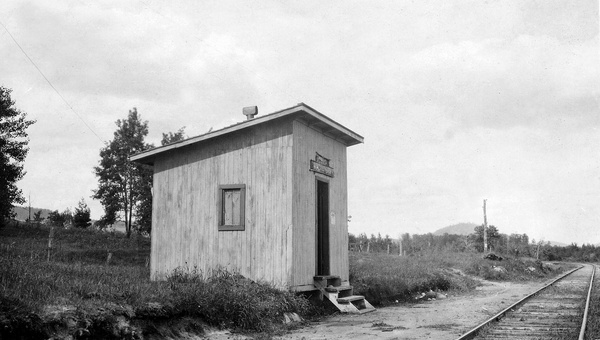 The station at Madawaska, with a sign reading "Camp Madawaska
ICC photograph, 1918, courtesy of Tim MayersThe fire, which raged with intensity along the west shore of upper Chateaugay lake in property owned by the High Falls Pulp and Paper company, after burning over several hundred acres was declared later to be less severe. The shift of the wind drove the flames back over the burned area.

The fires raging at the present time in the north country are the worst known since 1903 when a similar series swept through the region. It was in 1903 that the plant of the Malone Paper company was destroyed by fire. In that year not a drop of rain fell from April 16 until the last of June.

A steady downpour of rain started just before midnight Sunday and was of great assistance to the  men in the forest who had been working throughout the day against great odds.

…BRANDON became a village on the [Hurd's Northern] line, and it boasted a church, school, hotels and many dwellings.

About that time [c. 1890] the firm of Hurd-Hotchkiss & McFarlane was formed and Pat Ducey, the well-known lumberman, came in evidence in connection with the Hurd workings.

Spring Cove, Madewaska, Bay Pond and Derrick sprang into full flush as the railway came on towards its final destination—Tupper Lake—which was reached in 1890. At Spring Cove one could see great rows of white bee hive structures—coal kilns where thousands of bushels of charcoal were turned out yearly. 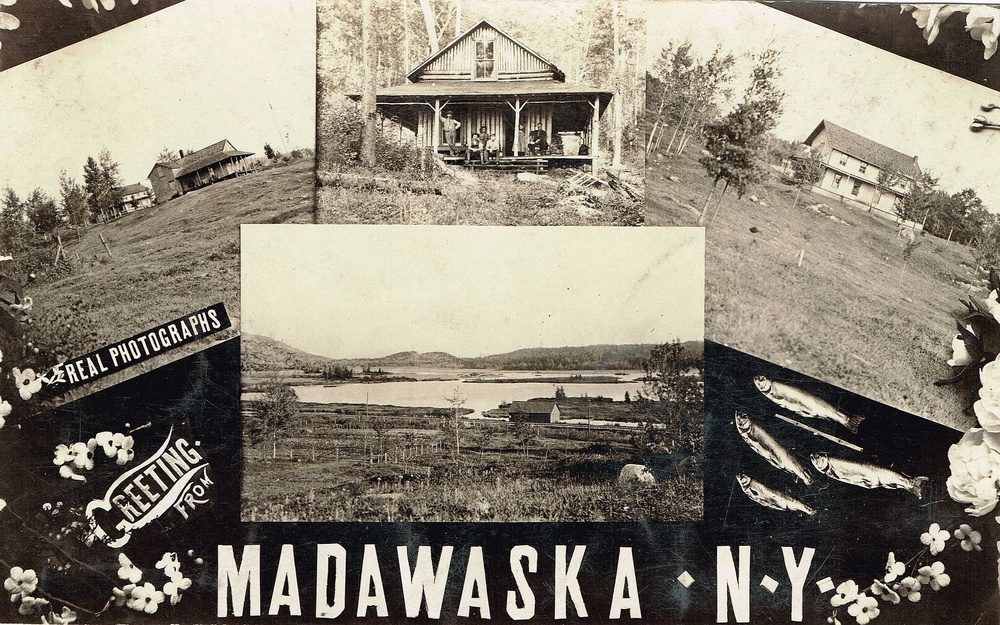