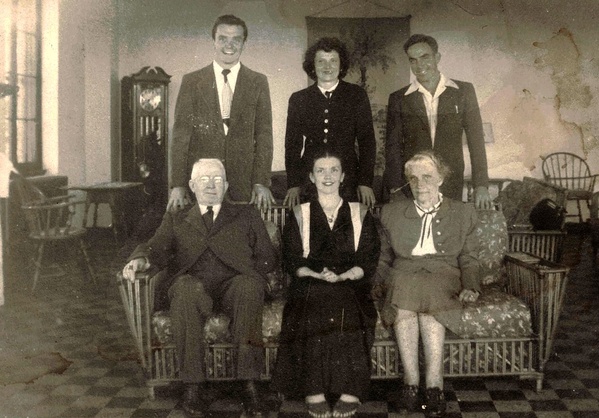 Mary Jean Monaghan cured at Stony Wold. She went by Jean, and was an accomplished artist. She worked as a fashion designer at Katz Inc. for many decades.

Her nephew, Philip, recognized her in a photo used for the American Experience Documentary, the Forgotten Plague. The photo was taken in 1949 at Stony Wold.

Philip Monaghan visited the Saranac Laboratory Museum in September of 2018. In 2021, he facilitated a donation to the Historic Saranac Lake Collection of a group of paintings completed by Jean while curing at Stony Wold.

A graduate of Benjamin Franklin High School of Carbondale, Miss Monaghan received her Bachelor's Degree from Pratt Institute of Brooklyn, N.Y., in 1943. She was employed by Katz Inc. of Honesdale, where she held the role of fashion designer. She retired in the 1980s.

A Roman Catholic Mass will be said for her at St. Mary Magdalen Church, Honesdale, on Feb. 24 at 10 a.m. In lieu of flowers, the family would prefer a donation be made to the SPCA or another charity in Miss Jean Monaghan's name.