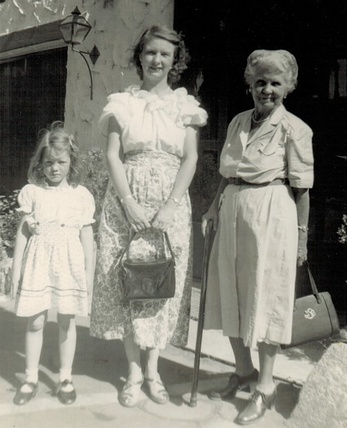 Mary Elizabeth Sampson MacIntyre was a daughter of Dr. Homer Sampson and Selenia Grace Byrne. When Mary was a child, she and her family lived in the Radiographer's Cottage on the property of the Trudeau Sanatorium. Across the narrow drive behind the house there stood in 1993 — but no longer — a dilapidated one-room shingled house which may have been a "shack" (a primitive summer cure facility) at one time, and which — on a tour there — Mary MacIntyre pointed out as her playhouse. A similar "shack" is still standing behind the Pomeroy Cottage in 2010 [but it's gone now, in 2020.]

She attended the Baldwin School in 1924. Later she lived at 48 Old Military Road in the village.

Mrs. MacIntyre was employed at Trudeau Sanatorium in 1951 and later at Trudeau Laboratory until 1958. In 1958 she was employed by the state Department of Environmental Conservation as a secretary-stenographer, where she worked until her retirement in 1978. 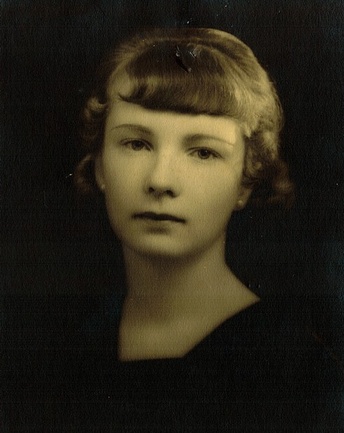 She was born Aug. 20, 1916, the daughter of Dr. Homer L. and Selena G. (Byrne) Sampson. She was a lifelong resident of the area; a 1934 graduate of Saranac Lake High School. She was a 1938 graduate of Smith College and a 1939 graduate of Scutters Business School.

Mrs. MacIntyre was employed at Trudeau Sanitarium in 1951 and later at Trudeau Laboratory until 1958. In 1958 she was employed by the state Department of Environmental Conservation as a secretary-stenographer, where she worked until her retirement in 1978. 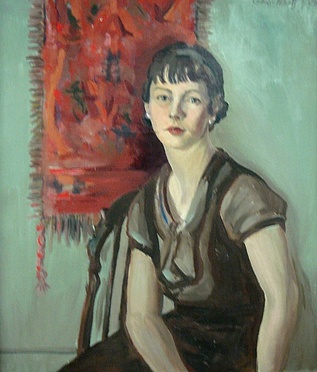 Mary Sampson MacIntyre portrait painted by Gilmer Petroff, dated 4/3/1934.  Courtesy of Peter MacIntyre.She was a member of the Women's College Club and a member and former secretary of the Ladies of the Elks, and was an avid reader.

Survivors include a daughter, Mrs. Michael (Barbara) Mohajery of Pittsburgh, Pa.; a son, Peter Maclntyre of Myrtle Beach, S.C.; a sister, Rebecca Kirk of Petosky, Mich.; a granddaughter, two nieces and one nephew.

Calling hours we're scheduled for Sunday at the Fortune Funeral Home. Funeral services were slated for today at 11 a.m. at the First Presbyterian Church with the Rev. James Mechem, pastor, officiating. Burial will be in St. John's Cemetery, Paul Smiths.

Memorial donations may be made to the Presbyterian Church Memorial Fund or the Saranac Lake Free Library.