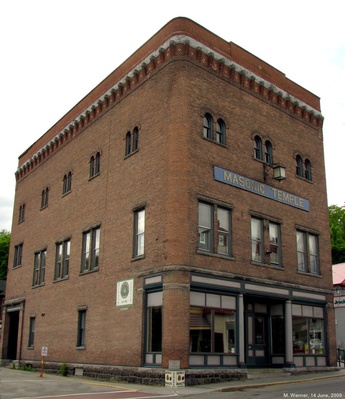 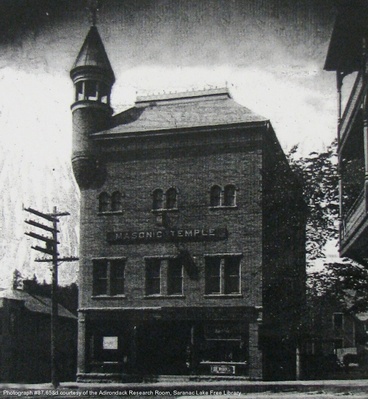 Masonic Temple, before the tower and hip roof were removed 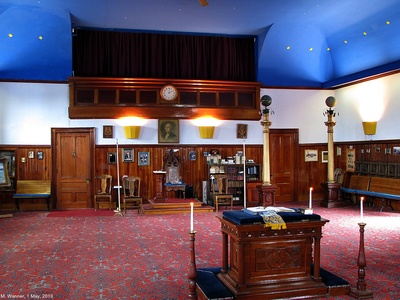 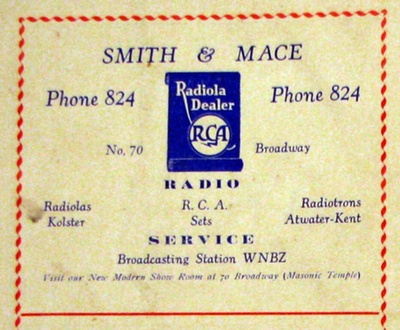 Other names: Whiteface Mountain Lodge #789 on the upper floors, still active there in 2020.

The commercial store front on the first floor has been occupied by, among other businesses, Nori's Whole Foods, Mainely Lobster and Jreck Subs.

Other information: The Whiteface Mountain Lodge #789 of Free and Accepted Masons was originally located in Bloomingdale, starting in 1884. They moved to Academy Street in Saranac Lake in 1892, and to the present building in 1904; the building cost $14,200. Early members included F. M. Bull, Charles Kendall, R. Eugene Woodruff, Charles Stickney, Paul Smith and his son, Phelps. Other members have included Irving Altman, Charlie Green, Alton B. Anderson, Karl Griebsch and Howard Hoffman. 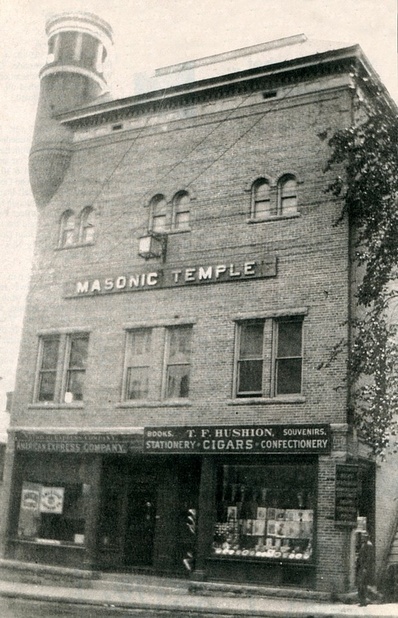 Whiteface Mountain Lodge, No. 789, F. & A. M., of Bloomingdale, elected officers for the ensuing year at its annual communication, Dec. 21st, as follows:

Whiteface Mountain Lodge at Saranac Lake is to build a Masonic hall at a cost of $10,000, exclusive of the land. The ground floor will be used for mercantile purposes, and the upper stories by the Masonic bodies.

A $13,000 Masonic temple will be built at Saranac Lake this spring. It will be of brick, three stories high, and will contain a store, a banquet hall on the second floor and a lodge room in the third story.

A Masonic fair is to be held at Saranac Lake from August 1st to 12th, and will be under the auspices of Whiteface Mountain Lodge of that village. The merchants and the people generally of Saranac Lake have taken hold of the enterprise with a hearty good will, and the event promises to be a great success.

A Masonic ball is to be given at Saranac Lake opera house on Wednesday evening of next week, the 14th, and preparations are being made to make it one of the finest ever given by the Masonic fraternity of that village.

Malone members of the Masonic fraternity are in receipt of invitations to the annual ball of Whiteface Mountain Lodge, F. & A. M., of Saranac Lake, which is to be held in the town hall in that village on Thursday evening, Feb. 18th. An orchestra from Albany has been engaged to furnish music and tickets are to be $3.00 each.