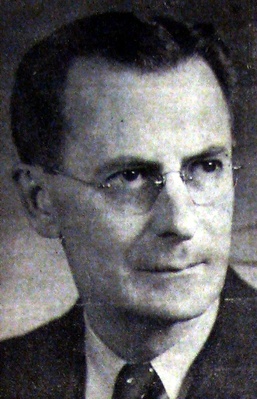 Matthew Marsh Munn was one of the Munn Brothers. He lived at 6 Prospect Avenue.

He came to Saranac Lake in 1899 at age 16, and was employed for a time at Sherrill's Grocery Store at 46 Main Street. In 1904, he and his brothers William and Albert opened Munn Brother's Grocery Store at 76 Main Street. In 1919, he sold his interest in the business and opened Munn Jewelery Store; in 1930, he sold the store to William Scheefer. In the early 1930s he was named Town of Harrietstown supervisor, after which he was elected village trustee, village treasurer, and Harrietstown town clerk, a post from which he retired in 1953.

Excerpted from an article on the Fowler Block by Philip Gallos.