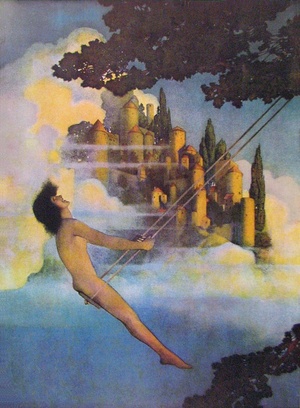 The Dinky Bird, by Maxfield Parrish, an illustration from Poems of Childhood by Eugene Field, 1904.
(Wikipedia) 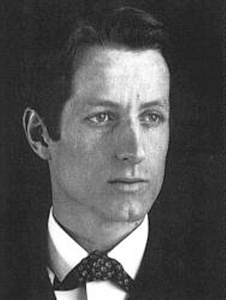 Maxfield Parrish was an American painter and illustrator known for his distinctive saturated hues and idealized neo-classical imagery.  Between 1900 and 1902 Parrish painted in Saranac Lake, New York and Hot Springs, Arizona, while trying to recover from tuberculosis. It was in the Adirondacks that Parrish changed from his early pen and ink drawings to using oil paint, as winter temperatures caused his inks to freeze. 1