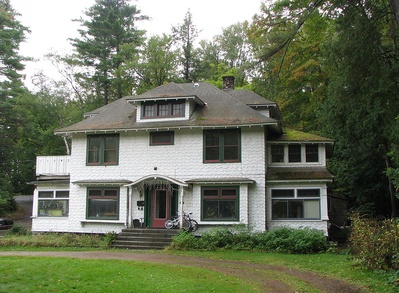 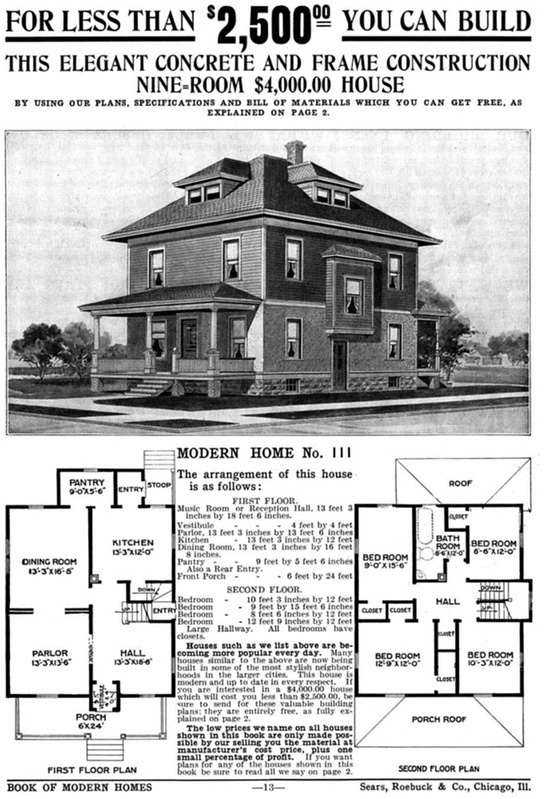 Sears, Roebuck Modern Home 111. This is clearly not this house, though it is similar. We have not yet identified a Sears kit house that matches this house. Address: 192 Park Avenue

Other information: A Colonial Revival cure cottage with Craftsman-style touches that was operated as a private commercial sanatorium, though unregistered with the T.B. Society. There are cure porches with connecting bedrooms on the east and west sides of the first floor, while on the second floor there are three bedrooms with connecting cure porches. The second story porch on the west side was removed c.2003.

After 1930, Mrs. A.S. McBean advertised in a local promotional brochure, "Regain your Health in Air Conditioned by Nature". Mrs. McBean also operated a larger boarding cottage at 29 Church Street after 1935. Rooms at 89 Park were later rented out to nurses who worked nearby at the Trudeau Sanatorium; these included the late Edna Bea Sprague Edward, one of the nurses working there when the sanatorium closed. She recounted that this house was built from a Sears Roebuck Kit House (with added porch wings on either side). Mrs. Edward's photo and voice can be found on "This Was Heaven, Really," a 1988 video production of Historic Saranac Lake.

Big game hunter Harry C. Eyer cured here from 1921 until shortly before his death by suicide in 1936.  He was a founder of the village of East Rochester and of the First National Bank of that village in the early 1900s.

Mr. and Mrs. Douglas McBean of Rochester were the weekend guests of Mr. McBean's mother, Mrs. A. S. McBean of 89 Park avenue, while visiting their son at the Adirondack Swim Camp for Boys at Rainbow Lake.