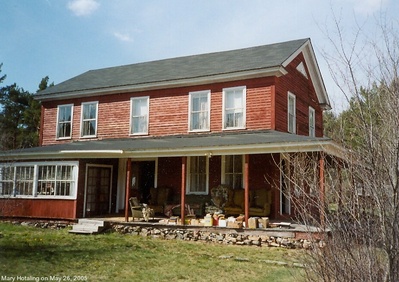 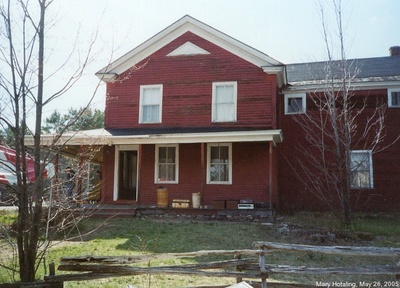 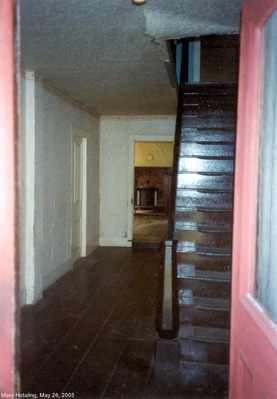 The first post office in Harrietstown was established on Aug. 11, 1849, with Alanson B. Neal named postmaster, and on Jan. 21,1851, Franklin Falls got its first post office, with John Stearns serving as postmaster. This and other interesting historical data are contained in a large volume titled "A History of St. Lawrence and Franklin Counties, from the earliest period to the present time."

Well, the "present time" happened to be 1853, and the book was written and compiled by Franklin B. Hough, A.M., M.D., a corresponding member of the New York Historical Society. It was published in Albany at 53 State St. by Little & Co. in 1853 and "entered according to an Act of Congress in the year 1853 by F.B. Hough." This must mean entered into the Library of Congress.

Merrillsville apparently stretched at one time as far as Roakdale near Onchiota to the North Branch of the Saranac River over to Cate Mountain and down to the hamlet of Sugarbush. Cate Mountain was named for the John P. Cate family who settled in the area about 1829 and, was named "Kate" Mountain sometime later, before the inn by that name was purchased by the present owners Dave and Carol Vossler.

The Merrill Inn became famous in its day, but not only as a hotel, and post office. Town meetings were held there, it was a tavern with a ballroom above, it was used for wakes and weddings and it was a stagecoach stop on the historic Port Kent to Hopkinton Turnpike. The inn is where Paul Smith first visited when he came to the area from Vermont, and one can only guess that he and the Merrills were already friends or at least acquaintances, since they also came from Vermont.

It was Mr. Smith's frequent visits that brought him to lease and operate the Loverin Inn at Loon Lake, later build the hotel called Hunters' Home in 1852 and eventually build the famous hotel on the shores of St. Regis Lake in 1858. John Merrill's brother, Jeremiah (Jerry), who graduated from Norwich University, married Paul Smith's sister, Sarah Smith, but she died soon afterward in childbirth.

The Lamson and Cate families first settled in what later became Merrillsville, and the large Merrill family who figured so prominently in that area not only married into the Smith family, but into the Lamson and Cate families as well. Sometime after John Merrill came to these parts, he was followed by brothers Dyer, Jeremiah and Wesley and their parents and paternal grandmother, Sally Robertson Merrill, who was the widow of a Revolutionary War soldier. Dyer Merrill married Susan Cate Lamson on May 8, 1837, and they moved to Nicholville.

The former Jerry Merrill Homestead on the Loon Lake Road still stands straight and true and is today owned by the Finlayson family. In 1860, the Merrill Inn was purchased by James W. Littlejohn (Natalie Leduc's grandfather), and it was operated as the Littlejohn Tavern for the next 50 years. It is owned today by Mary Maxine Summers, who is very much interested in keeping Merrillsville "on the map," so please, always refer to Merrillsville as "on the Loon Lake Road," not "in Loon Lake." It is located off Route 8 at Merrill's Corners.

From the obituary of Mary Maxine Summers, Adirondack Daily Enterprise, May 16, 2007:

Built by John Merrill in 1831 and operated as an inn from 1832 to 1865, the inn was used for many years as a stagecoach stop on the historic Port Kent to Hopkinton turnpike. It served in 1837 as the first post office in the town and hosted town meetings for many years.

The Merrill House was built in 1831 and has only changed hands 5 times in 175 years. Ms. Summers purchased the property in 1947 and has lived there ever since. This is a once in a lifetime opportunity to purchase one of the oldest Inns in the Adirondacks. This picture perfect property is well preserved with very few changes from its original state