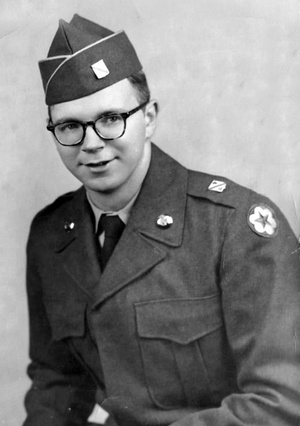 Michael K. Ryan worked as a funeral director in Saranac Lake for over sixty years, having completed his funeral directing apprenticeship at the Keough and Son Funeral Home January 4, 1951. He served in the United States Army's Graves Registration Company in France and Germany and was honorably discharged April 7, 1954. Upon his return to Saranac Lake in 1954 he went to work for the Fortune Funeral Home.  In 1991, Keough and Son merged with Fortune, and he worked for the combined firm until his retirement in 2014.