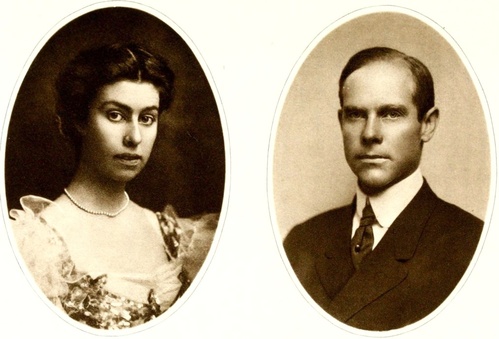 She is buried in the cemetery at St. John's in the Wilderness Episcopal Church. 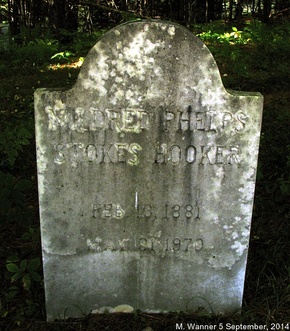 The Bride-to-Be a Sister of J. G. Phelps Stokes and the Baroness Halkett.

ALL NEWPORT AT WHIST

Bridge Is Played Everywhere on Rainy Day—Big Attendance at the Golf Club Tournament.

The engagement of Miss Mildred E. P. Stokes, a daughter of Mr. and Mrs. Anson Phelps Stokes, to Dr. Ransom S. Hooker of this city has become public, although it has not been formally announced. Dr. Hooker, whose residence and office are at 26 East Forty-eighth Street, is a son of H. M. Hooker of Cooperstown. Miss Stoke's is the youngest daughter of Mr. and Mrs. Stokes, and has one un-married sister, Miss Helen O. P. Stokes. She made her debut several years ago, and, like several other members of her family, she is much interested in work in the slums and the tenement-house districts, and recently fitted up several cottages as vacation homes for poor boys.

One of her sisters, Miss Sarah Stokes. married the Baron Halkett, and another, Miss Caroline Stokes, married Robert Hunter, a Settlement worker, who came here from Chicago. Mr. and Mrs. Hunter are now in Europe, to remain a year or so.

Miss Stokes is now with her family at their Adirondack camp, and Dr. Hooker left town on Monday to be their guest for a few days. The wedding will probably take place in the Autumn.

2. Father of Hugh Auchincloss and grandfather of Jaqueline Kennedy.