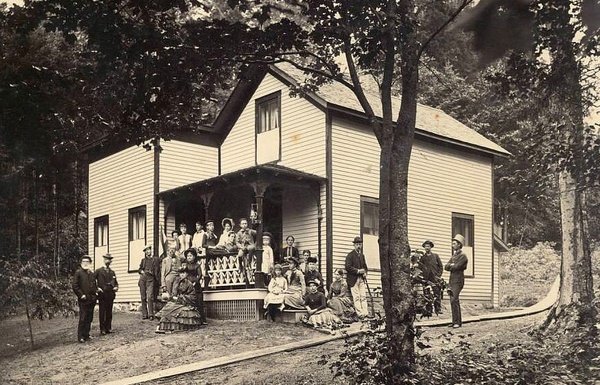 A photo of an unidentified family standing in front of Milbank Cottage. Milbank was built in 1892 immediately to the west of Lambert. The building stood for just over 100 years, it was demolished on September 21st, 1992. The walkway in this photo led up to a tent platform behind the cottage. Today, this walkway is still being used as the main path up to Buxton Gym. The footprint for Milbank is still quite visible.
Courtesy of Corey Laxson.Millbank Cottage was one of 15 cottages belonging to the Paul Smith's Hotel.  Built in1892, it was demolished by Paul Smith's College on September 21st, 1992.