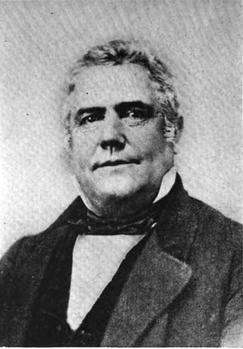 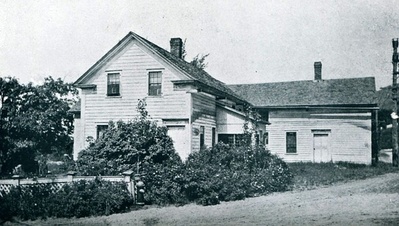 Milote Baker was an early settler in Saranac Lake.
In 1830 he lived in Northbridge and his first wife lived in Grafton.

Colonel Milote Baker was born in New Bedford, Massachusetts, "of old New England stock", moving to New York as a young man and entering the militia there. He also served as head of the commissary department of Sing Sing Prison. He later came to Keeseville to secure furs for a downstate furrier. He came to Saranac Lake in 1852, and settled where the Old Military Road (Northwest Bay Road, present day Pine Street) crossed the Saranac River (near present-day Triangle Park).

In 1830 he married Susan E. Roberts, with whom he had four children, Narcissa, Julia, Emma and Andrew Jackson. (Baker was a rabid Copperhead Democrat); Susan died in 1864. In 1867 he married Clara C. Dana, of Plattsburgh. Narcissa, married Ensine Miller, son of Pliny Miller, a farmer who owned two sawmills and a gristmill; when she died, her sister Julia married him. His son Andrew Baker, was a successful guide, who built Baker Cottage near Moody Pond.

With his son-in-law Ensine Miller, Baker bought Lot No. 11, which was divided by the Saranac River, from Gerrit Smith. By 1854, he had built a small hotel and store — shown in the photo below — on the site of the present Triangle Park, where his brother Hillel Baker kept his private library, which he shared generously. The store was the first in the area; it also served as the first post office in the village, and Baker as the first postmaster, until 1862 when William F. Martin secured the post and moved the post office to his hotel. New York Governor Horatio Seymour was among the earliest guests at the hotel, with Lady Amelia Murray. Later guests included Alfred B. Street, and U.S. Treasurer Francis Spinner.

Baker served as supervisor of St. Armand in 1850.

—Since the 5th of October last, Milote Baker, of Saranac Lake, has taken at his store, and forwarded to one market in New York, 345 deer, the saddles weighing 23,000 lbs., besides sending to other parties 50 more.

Back in 1868, Baker employed 30 men as hunters and kept two teams constantly on the road in autumn and early winter, hauling venison to market. It is told of him that he shipped out more than five hundred deer in that season alone.