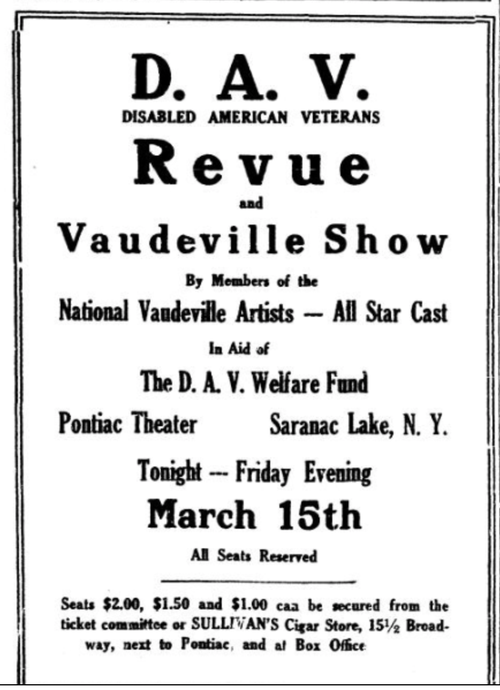 March 15, 1929eville Artists (NVA) started life as the Vaudeville Managers Association (VMA).  It was a union of vaudeville performers and managers. It was acquired in 1907 by theatrical agent Edward F. Albee II.  There was an attempt of a second Union formed called the White Rats (a men's only union) that tried to strike against the NVA twice.  The second strike failed so badly the the White Rats went bankrupt.

Vaudevillians loved Saranac Lake and on March 15, 1929, they put on a Benefit Show to raise money for Disabled Veterans.  (Being 1929 that would make it for most likely Veterans from WWI and possibly the Spanish American War) 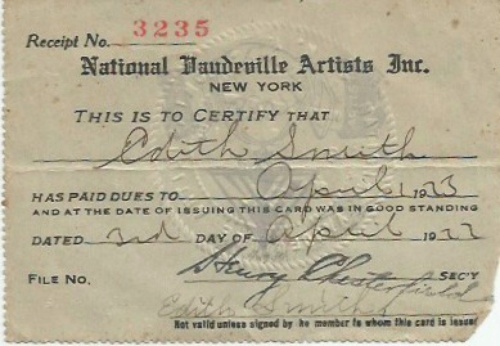 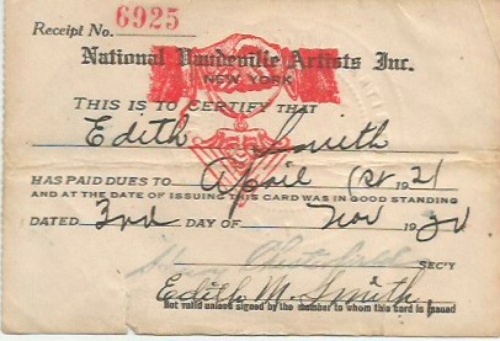 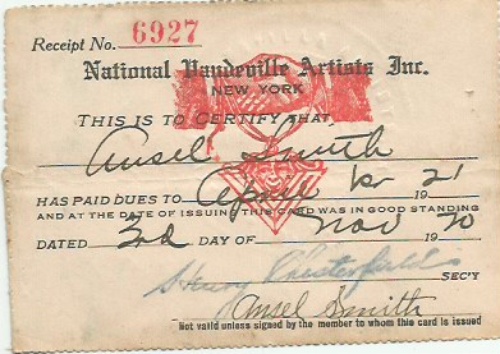