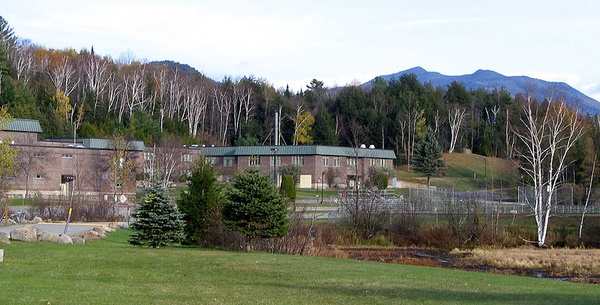 The Saranac Lake Central School District was formed on July 1, 1964, and a study was undertaken to determine what school buildings were needed. One of the major results was the new four million dollar Saranac Lake High School at the end of Olive Street and Canaras Avenue, designed for 620 students. The Petrova school continued to serve grades one through eight.

The original Saranac Lake High School was founded in 1890; it was dedicated by U.S. President Benjamin Harrison. 1 In 1925, a new school was built on Petrova Avenue at a cost of $650,000, that housed kindergarten through grade twelve. 2

The third piece, belonging to Thomas C. Norman, covers about 20 acres and is located in Bloomingdale just above the present school on Johnson Road.

Mr. Casier was paid $1,000 for the option on his land, which would cost $50,000 and would be used for the construction of a new high school.

Mr. Garwood received $500 for the option to purchase his land for $6,000, and this piece would complete the property used for the high school.

Mr. Norman's option was also $500 with the land to he purchased for $7,500 to be used for the construction of an elementary school, from kindergarten through the Fourth Grade, for pupils from Bloomingdale, Vermontville, Gabriels, Paul Smith's and Onchiota.

In the long and sometimes vigorous discussion on the site for the new high school, two other properties were given serious consideration by the Board, by the architects and engineer, and by 14-man Advisory Site Committee whose chairman was Mr. William Meyer.

The other sites were the Harris property, consisting of about 27 acres south of Lake Street at the southwesterly edge of the village, and the Green Valley Site, a property owned by Mr. Norman, consisting of 30 acres along the Bloomingdale Road about five miles northwest of the village.

The Casier site was unanimously approved by the school board and strongly recommended in a formal report, called "Site Report No. 3" prepared by the Clark, Clark, Millis and Gilson, architects of Syracuse, and Duryea and Wilhelmi, site planners, also of Syracuse.

The full text of the summary of the findings of the architects' and engineers' study follows:

"The aggregate of site advantages favors the Casier site. This site imposes no design and development limitations affecting the potential quality and usefulness of the contemplated educational plant. It also offers an opportunity to develop an extremely attractive and well-integrated facility, which will enhance the daily routine of learning as well as the total village scene.

Because of the combination of size, accessibility, location, and natural attractions, this site can provide more recreational and public benefits than would be available on either of the other sites. A valuable reserve of land for future development would be an added advantage." […] 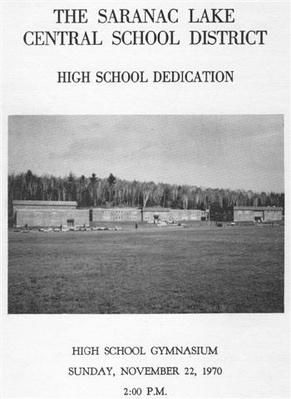 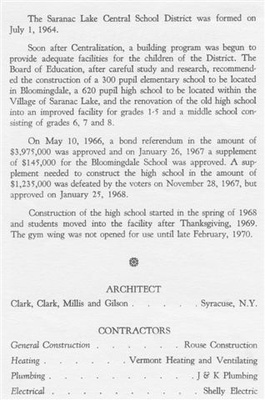 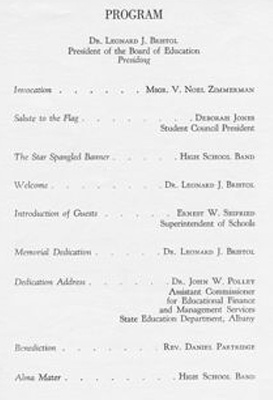 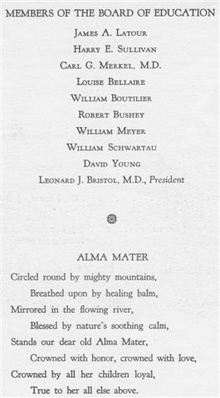