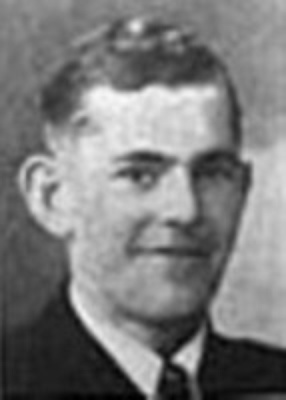 Olav Bernhard Berge was one of the Norwegian Sailors who cured in Saranac Lake during World War II.

He had served in the Merchant Marines for about ten years when he became ill with tuberculosis and came to Saranac Lake, where he died, February 2, 1945. He had previously survived a sinking; he may be the seaman who is listed as Olaf B. Berge in the crew list for Tancred. His brother Anders was killed in 1942. 1

Olav Berge died at 71 Bloomingdale Avenue and is buried in Pine Ridge Cemetery with the other Norwegian sailors.

1. Warsailors.com - A Norwegian site (in English) that gives brief biographies and photos of each of the sailors
2. "Report of a Case of Tuberculosis," on file in the Adirondack Collection, Saranac Lake Free Library.