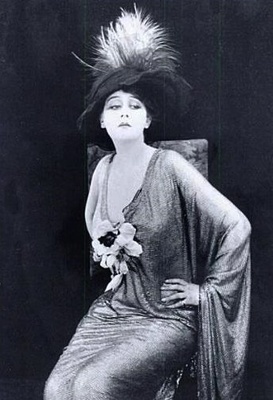 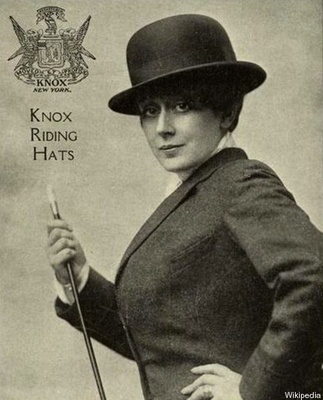 Olga Petrova in a 1915 advertisement 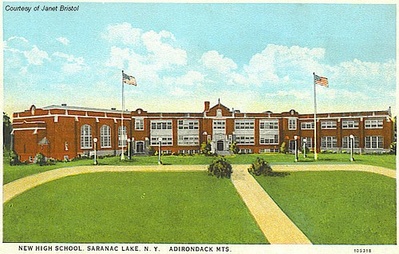 Olga Petrova was a vaudeville actress, screenwriter, and silent film star. She was an early proponent of female equality and empowerment.

She was born Muriel Harding in England. She escaped an unhappy childhood by seeking success on the stage in London. She did well enough to earn passage to New York in 1911, where she worked at the city's first theatre-restaurant, the Folies-Bergere, where she sang and did impressions. Parts in Broadway productions followed— musical comedy and straight theatre. She also worked in vaudeville productions.

Her film career started in 1914 with Alice Blache, who had founded the Solax studio in Fort Lee, New Jersey. Solax specialized in serious dramas starring actors such as John and Ethel Barrymore. She also did films with Famous Players-Lasky Corporation, which became Paramount, and Metro, a small studio for which Petrova was the diva. She made a total of 27 films between 1914 and 1918.

In 1918, she returned to vaudeville, and in the 1920s, she appeared in three plays that she had written herself, one of which, Hurricane, ran for 125 performances. She also played the Hippodrome in 1925. She retired to the French Riviera before the start of the Great Depression, and returned to the US before the start of World War II, living in Clearwater, Florida until her death at 93.

She made several visits to Saranac Lake at the height of her fame, at the request of theatrical agent William Morris. In the summer of 1921, she turned the first shovel of earth for a housing project sponsored by the Chamber of Commerce, at a lot on Lake Street donated by Walter Jenkins.

The Petrova School on Petrova Avenue bears the name of this famous visitor to Saranac Lake. 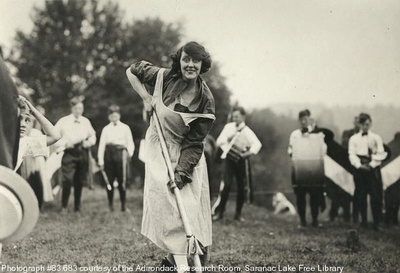 Olga Petrova turns the first shovel full, Adirondack Daily Enterprise, June 13, 2009. Gilmer Petroff is in the foreground, on the left, with his hand on his head. 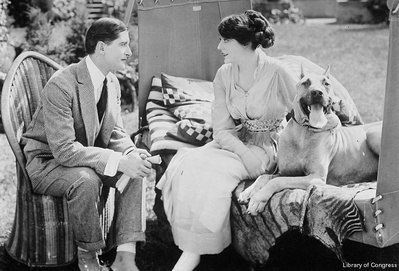 "Olga Petrova — the magnificent — turned with her own dainty hands the first clod of earth for the chamber of commerce bungalow on a lot in Lake Street, donated by Walter Jenkins. With her at the time were other stage celebrities, brought here by William Morris, theatrical promoter and benefactor of Saranac Lake, for a performance in aid of the local community house, and the leading citizens of the village.

"History was made at the auspicious beginning of a building campaign to provide quarters for thousands of persons who desire to come to Saranac Lake for health and recreation. The Saranac Lake boys' band of 45 pieces, pride of the Adirondacks, played lilting airs while the assemblage gathered about the spot selected for the bungalow.

Charles L. Dickert, president of Saranac Lake village, after shaking hands with the stage star, gave the shovel, bedecked with red, white and blue ribbons, to Master Gilmer Petroff, son of Mr. and Mrs. S. A. Petroff, and the boy presented it to Petrova. With one of her celebrated smiles and a caress of the boys head, she accepted the spade and turned over 10 shovelsful before stopping.

The business men wielded a wicked shovel; they dug in to dig Saranac Lake out of the housing rut. Among the diggers were W. C. Leonard, Dr. Sidney F. Blanchet, Fred Hull, Giles Bombard, William F. Roberts, Walter Jenkins, Paul F. Jacquet, C. L. Dickert and H. Ray Williams. The well-known comedian, Loney Haskell, who was Master of Ceremonies, led the cheering at the end of the ceremony for Christy Mathewson, Petrova and Miss Rita Gould, a stage star.

There is already a great demand for possession of the bungalow. So numerous are the inquiries that it has been decided to place the names of the prospective purchasers in a hat and draw one of them to decide who shall buy the cottage.