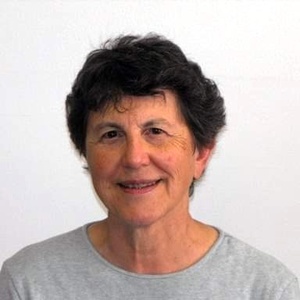 Phyllis Magnus was a social worker.

Phyllis (St. Louis) Magnus, 83, of 58 Saranac Lane, passed on May 27 at the Adirondack Medical Center.

Phyllis grew up in Canton on a dairy farm.

Her lifelong journey began in Canton. She graduated from Canton High School in 1956. She received her Bachelor of Science in Psychology from St. Lawrence University in 1963. Next, she went to Boston University School of Theology to receive her Master of Divinity degree in 1966. Then she went on to the University of Maryland to attain her Master’s Degree in Social Work in 1976.

Phyllis had a long career as a Licensed Clinical Social Worker beginning her work as a Unitarian Universalists Minister of education in Ann Arbor, Michigan, and Oakton, Virginia, where she counseled individuals and families and was responsible for community relations from 1966 to 1971. From 1971 to 1983, she had an extremely active social work career in Baltimore, Maryland that focused on youth services, alcohol and drug use, and the hearing impaired.

She returned to the North Country in 1983. She had a short stint as the Family Support Network director for St. Lawrence County. Her service to the North Country included: family program director for St. Joseph’s Rehabilitation Center from 1984 to 1986; St. Lawrence County Health/Mental Health Services, 1986 to 1988; associate director for the Saranac Lake Clinic and Adjunct Services, 1988 to 1998; clinical supervision for St. Joseph’s Addiction Treatment and Recovery Centers, 2009 to 2010; group facilitator for Social Worker Peer Group, for High Peaks Hospice and Palliative Care, 2009 to 2011; Citizen Advocates, Inc., North Star Behavioral Health Service, 1988 to 2014.

Phyllis was an actively engaged citizen. She worked with North Country Home Services, which supplies home health care and supportive services so people can stay in their homes as long as possible. She was also active in the Saranac Lake Interfaith Food Pantry, North Country 350, Voters for Change, and Planned Parenthood.

Phyllis was always physically active. She would play tennis, golf, hike, kayak, and garden in the summer. She was an avid birder, active with local Adirondack birders and birding abroad. In the winter, she curled with the Lake Placid Curling Club, competing locally and in Canada.

She was an avid traveler after her retirement. Her overseas ventures took her to England, Northern Italy, Slovenia, Dordonne in France, Cambodia, Vietnam, Yorkshire Dales in England, Cuba, the Galapagos Islands, and Costa Rica. In March of this year, she was in Arizona with her frequent traveling companion Betty Magnus.

A memorial gathering, including a time for sharing, will be held on Wednesday, June 29 from 6:30 p.m. to 8 p.m. at the First Presbyterian Church in Saranac Lake (57 Church St.)