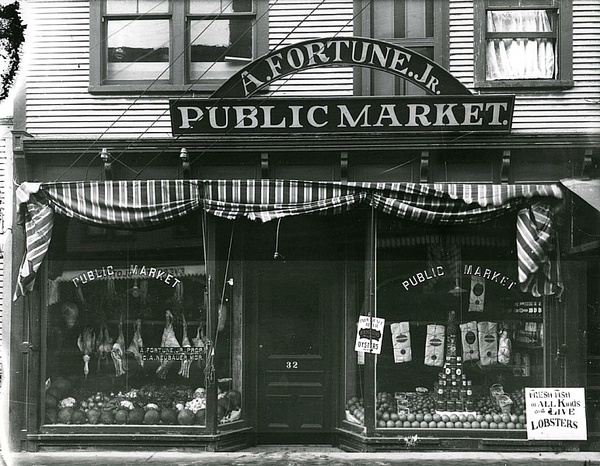 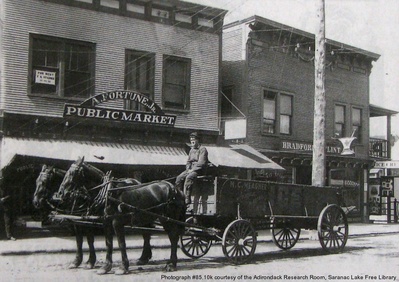 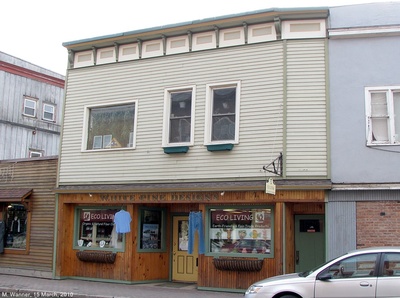 Other information: It was the Public Market, with "Newbauer & Sons, Proprietors," according to an advertisement in the program for the St. Bernard's Club's Minstrel Review, circa 1930. The ad listed "Poultry, Fish, Oysters, Vegetables, Fruit and Groceries. FREE DELIVERY. Choi 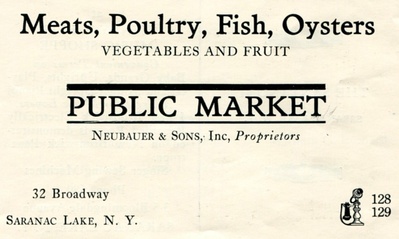 Based on the Official Programme for the village, of Saranac Lake, N.Y., Grand Field Day, Fourth of July New Playgrounds, July 4, 1910.

...The Public Market was owned by A. Fortune, Jr.; and Charles Neubauer was the manager. It was located at 32 Broadway, advertising, "Poultry, Fish," Oysters, Vegetables and Fruit and Wild Game in Season...