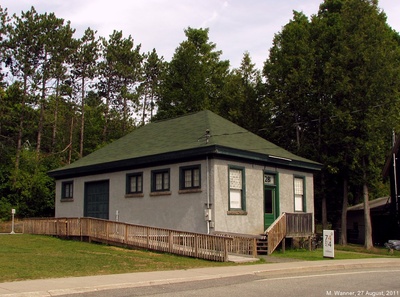 A short time ago on account of the rapidly increasing business the American Express Company decided that the present office of the company in the village was too small for convenience. They have erected a new office at the Union Depot. Its location does away with the necessity of carrying the express to the office from the station which saves much time and trouble. The express company has had an office in the Masonic temple for ten years.

The American Express Agency, which was taken over by the N. Y. Central R. R. over a year ago, on all its lines, has installed motor car trucks for local deliveries of express goods, instead of the horse drawn vehicles.