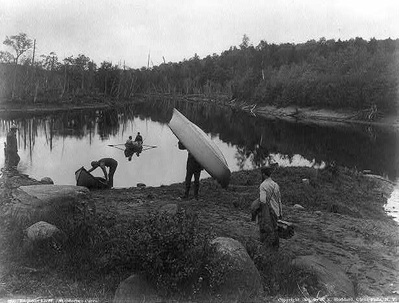 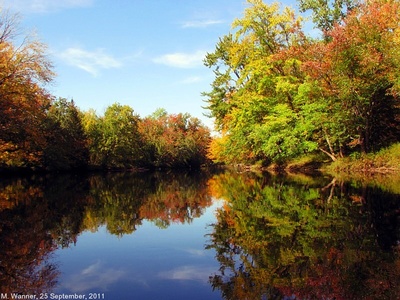 Raquette River, between Axton and Raquette Falls, 2011 The Raquette River originates at Raquette Lake in the central Adirondacks. It is the second longest river in the state of New York after the Hudson.

The river passes through many natural and man made lakes to its final destination at Akwesasne on the Saint Lawrence River. It is a popular destination for canoeing and kayaking. It is also the source of 27 hydroelectric plants operated by Brookfield Power, that can produce up to 181 megawatts. 1

Historically, the river was a part of the "Highway of the Adirondacks", by which it was possible to travel hundreds of miles by canoe or guideboat with short stretches of portage connecting various waterways. This route is still followed by the Northern Forest Canoe Trail, a 740-mile canoe trail from Old Forge, New York to Fort Kent in Maine. It is also the basis of the route of the Adirondack Canoe Classic, a three-day, 90-mile canoe race from Old Forge to Saranac Lake. 2