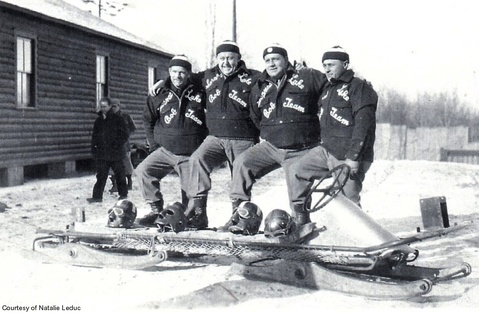 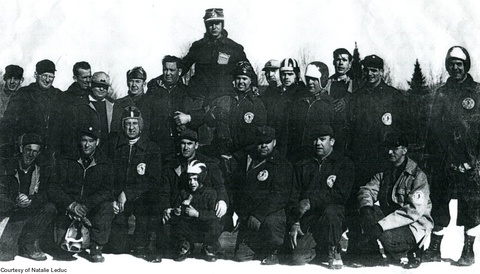 Red Devils bobsled team, Charlie Keough, center top The Red Devils was a Saranac Lake bobsledding team that took silver in the 1932 Winter Olympics and gold in the two-man bobsled. 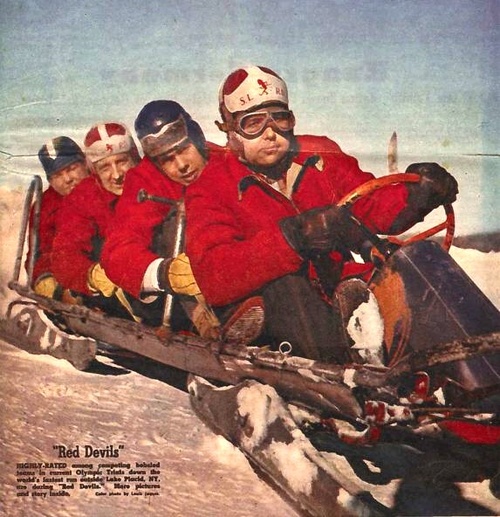 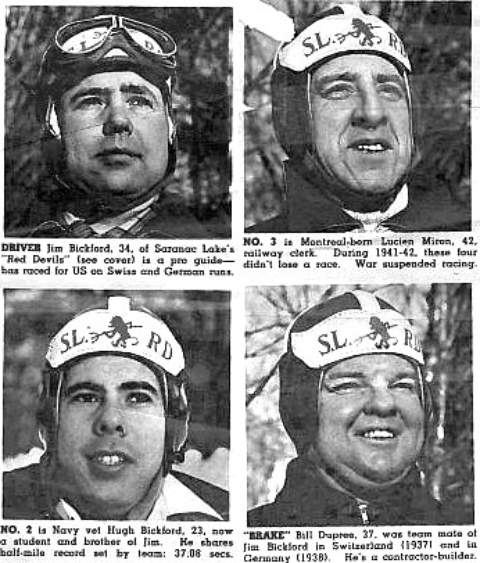 With Olympic Bobsled Trials currently being held February 12-16 down the famed run at Mt. Van Hoevenberg near Lake Placid, NY, the sport spotlight is being focused for the first time since pre-war days on one of the most thrillingly breakneck sports ever devised by man. Riding a 507-pound bobsled, the helmeted riders begin the mile course from a standing start and drop the height of a 75-story building at speeds reaching 80 mph around sheer ice curves as high as 35 feet in slightly more than one minute. Most amazing feature of the fantastic pastime is that no fatal accidents have happened on the run although one sled sliced off tree tops for 110 feet after jumping the worst curve, Shady, at the half mile mark. Ten members of the crack German teams competing in the 1932 Olympic Games were in the hospital at the same time. “Although brakes are liberally applied in the passenger rides ($1.00 from mile start, 50 cents from the half-mile start) first time riders such as myself frequently ‘blackout’ nearing the screaming finish. Warily, New York State requires all passengers to sign waivers to release it from responsibility in case of accidents. It cost $11,000 to build, operation expenses hit $4,000 per winter.

Links for Bobsledders below: Jim Bickford, Hugh Bickford, Lucien Miron (may be the father of Gil Miron), Bill Dupree