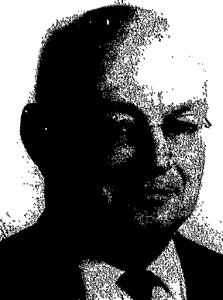 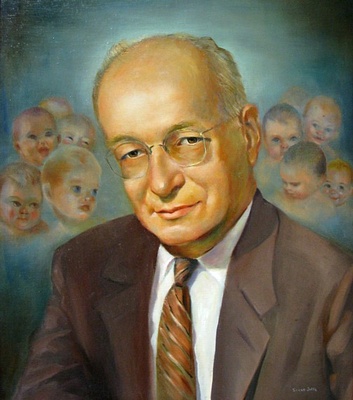 Dr. Richard P. Bellaire was an obstetrician in Saranac Lake for 21 years; he delivered some 2,010 babies.

BATAVIA - Dr. Richard P. Bellaire, the man who delivered 2,010 babies during his 21 years as an obstetrician in Saranac Lake, died suddenly Monday at Genesee Memorial Hospital in Batavia. He was 69.

He was the "baby doctor" to much of the Tri-Lakes area from 1946 until his retirement in 1967, when poor health forced him to give up his practice here.

In March 1967, Dr. Bellaire was guest of honor at a dinner hosted by the General Hospital of Saranac Lake board members, doctors and nurses. The hospital's chief of staff, Dr. Donald Richter, and chairman of the board, Hubert O'Connell, were among those expressing their gratitude for the doctor's many years of service in the community.

He was closing his office and clinic on Church Street, the building he had built just five years earlier.

A veteran of World War II, he served as a captain in the medical corps of the United States Army from 1941 to 1945.

Dr. Bellaire moved to Saranac Lake in 1946 and began general practice in obstetrics, pediatrics, minor surgery and internal medicine. He retired from that practice in March of 1967, due to poor health.

He moved to Batavia in 1972 and joined the staff of the Batavia Veterans Administration Hospital. He retired from that position in October 1984.

He was also on the board of directors of the American Academy of General Practice from 1965-86, was president of the Northern New York Heart Association and a former chairman of the Red Cross Blood Donors Committee.

He was a diplomat of the National Board of Medical Examiners and a Fellow with the American Academy of Family Physicians.

He was also Essex County Coroner in 1963.

Calling hours will be held Thursday from 2 to 4 and 7 to 9 p.m. at the Fortune Funeral Home in Saranac Lake.

The funeral service will be said Friday at 11 a.m. at the First Presbyterian Church of Saranac Lake, with the Rev. James Mechem, pastor, officiating.

Memorial donations may be made to the Heart Fund.