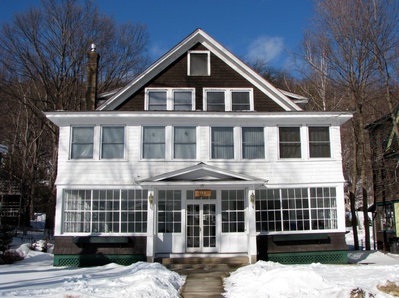 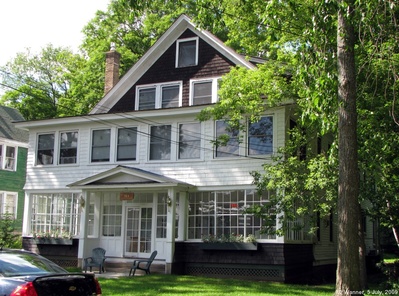 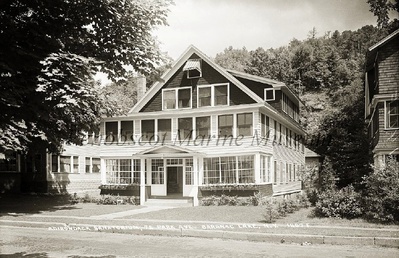 Year built: c. 1923 as a nursing cottage, per Grace McKillip

Other information: Built by Anna B. Richards and her husband. By 1925, the cottage employed three nurses, two maids, a cook and a houseman, who lived on-site and provided board and nursing care for eighteen patients. By 1935, the cottage offered ambulatory and some nursing care to 22 patients.

An article titled "Cottage Calls," about patients at the Adirondack Sanatorium at 72 Park Avenue, appeared in The Guild News in April 1942. At that time it catered to Jewish patients.

The Richards Cottage is listed as a contributing building to the Cottage Row Historic District on the National Register of Historic Places.

Forest and Sheila Morgan lived in apartment #5 in 1948.

Grace Bassett McKillip lived at this address for approximately 30 years starting in 1950. Mrs. McKillip remembered that her husband, Dr. Leland Grant Dassance, played chess by mail with Christy Mathewson, whom he never met. Built as a nursing cottage, it was owned by a Mr. and Mrs. Richards of Lake Placid from 1923 to 1926. A "well-known thug" bought it in 1946. (From a note of Mary Hotaling's.)