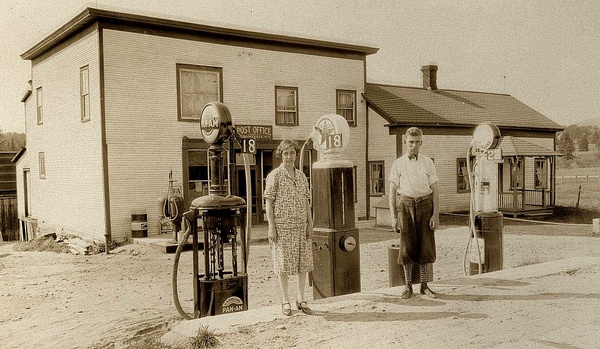 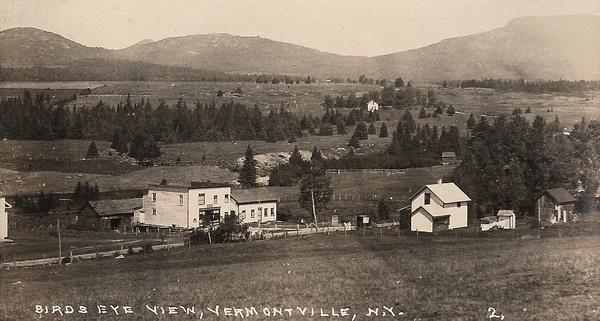 VERMONTVILLE -- For the past 88 years, the post office has been in the general store owned by Lawrence Rogers.

The new post office will be built on the property of Donald and Linda Symonds,  It was awarded by a contract fro the United States Government Postal Service in May of this year.

The 320-square foot building has already been started with a foundation having been dug.  Donald is doing the work himself.

The estimated completion date is August 30 of this year.

In 1892, James Rogers, Lawrence's grandfather, was responsible for getting a post office for Vermontville. He was appointed post master on June 4, 1892, and served until November 15, 1897. Noble Breckinridge served from that date until October 31, 1913 when Elmer Rogers was awarded the position. He served until March 25, 1919 when his wife, Grace E. Rogers, was appointed to succeed him.

Before coming to Vermontville, Mr. and Mrs. Rogers were residents of Piercefield where he served as postmaster from 1908 to 1913. Mrs. Rogers held the position in Vermontville for 30 years until her retirement.

Lawrence Rogers, the son of Elmer and Grace, assumed the responsibilities of the office on May 1, 1949, and on May 24, of that year he became the acting post master. On November 9, 1949, he was confirmed as post master has held that position until his retirement on May 31, 1978.

From that time until November 1, 1978, Lawrence's wife, Ruth, was the acting post master.

Linda Symonds was finally accepted as the post mistress recently and takes over the job that began in 1892.

A Weather Balloon Is Found In V'tville

The Ground Observer Corps of Civil Defense, located at Lawrence Rogers' store in Vermontville, has been faithfully in operation for two years—24 hours a day.

But, fortunately there hasn't been much to report. And now that there is something, Mr. Rogers feels that it just isn't along his line.

Sunday afternoon Arthur Swinyer Jr., was out in the woods behind the store when he discovered a small red parachute, attached to a balloon outfitted with instruments dangling in a tree. He wasn't certain what it was or where it came from.

But Mr. Rogers called Albany and was told to hold it until it was called for.

The parachute is apparently a weather balloon.