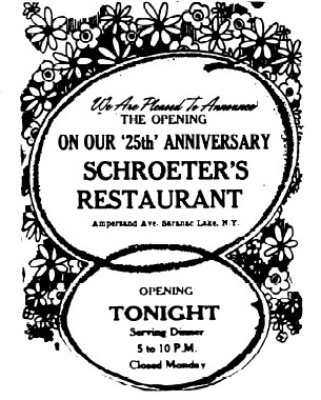 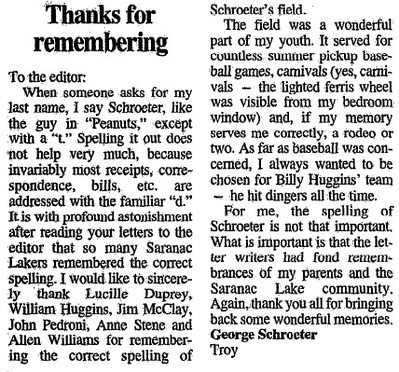 Other names: Hennessey's Bar and Grill

Year built: 1928, as a house. Later remodeled as a restaurant, with living quarters upstairs. 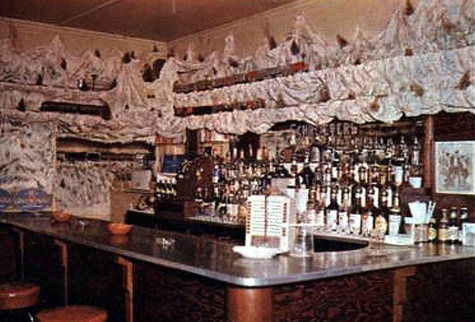 The bar at Schroeter's Restaurant, undated.
The model railroad that circled the ceiling at two levels can just be seen.  CardCow.com 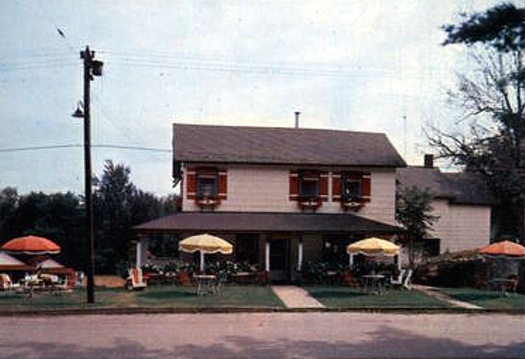 Schroeter's Restaurant, undated.
CardCow.comSchroeter's Restaurant was established by Albert Schroeter in 1948; they served German cuisine. The large field behind the restaurant was used for sports and carnivals in summer months. After the restaurant closed, the field — known as Schroeter's Field — was (and still is in 2010) used by nearby Saranac Lake High School as a sports field. Earlier it was used on occasion for carnivals and traveling circuses.

Some time after the restaurant burned in the summer of 1973, a geodesic dome house was built at this location. The dome was torn down sometime before 2005 for construction of a more conventional house on the site.