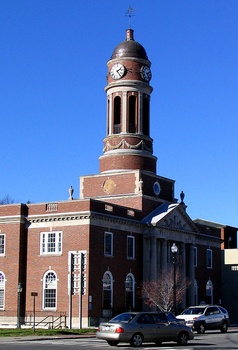 The Saranac Lake architectural firm of Scopes and Feustmann specialized in hospital and sanitarium design, and designed Adirondack great camps on the Saranac and St. Regis lakes and Blue Mountain Lake.

William H. Scopes (1877-1964) came to Saranac Lake for treatment of his tuberculosis at the Adirondack Cottage Sanatorium in June, 1896. He became interested in architecture watching William L. Coulter supervise the construction of the Administration building at the San, an interest he pursued by taking a correspondence course in the subject. He began practicing while still a student, designing alterations to houses and, in 1903, the St. Armand Town Hall in Bloomingdale.

By 1910, the firm was also speculating in local real estate, building houses incorporating curing features at 84, 86, 90 and 96 Park Avenue (now 169, 177, and 185 Park, and 75 Catherine). Feustmann held 90 Park Avenue as a rental property until at least 1916. In 1922, Maurice Feustmann married Grace Brickner of New York City, and in 1923 built their home at 28 (now 83) Catherine Street. The firm also designed several other area houses including the Dr. A. H. Allen Cottage (1909) at 22 Catherine Street (now 11 Woodycrest Road). They produced designs for several camps, notably a Swiss-style chalet built for Marcus M. Marks on Blue Mountain Lake in 1905 (and published in Henry H. Saylor's Bungalows in 1911), and the slab-sided main lodge at the Kildare Club, a private Adirondack camp rebuilt in 1906 from an earlier hunting and fishing club near Tupper Lake. 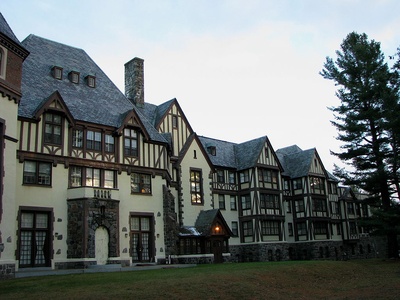 The firm designed nine extant buildings at Trudeau Sanatorium, and many others that have been torn down, and the Will Rogers Memorial Hospital. In 1916 the firm built the Pontiac Theatre; it burned in the 1980s.

The Santanoni Apartments, built c. 1913-14, were "an Exclusive & Distinctive Apartment Hotel for the Health Seeker"; it was a personal investment for William Scopes. Located at 36 Church Street, it was designed as a six-story fireproof apartment house with suites and rooms accommodating 66 residents. It included an elevator and a formal dining room on the first floor. Despite the "fireproof" claim, the top two floors were severely damaged by fire in 1973.

They designed the Harrietstown Town Hall and the Hotel Saranac, which is listed as an Historic Hotel of America by the National Trust for Historic Preservation, and the Haase Block at 60 Main Street (site of the present Adirondack Bank), an Italian Renaissance Revival commercial building, that includes apartments on the second and third floors with open-air balconies.

Maurice Feustmann died of heart disease in 1943 at age 70. William Scopes died in 1964 at 87, and is buried in Pine Ridge Cemetery. He was honored in 1956 by the Central New York Chapter of the American Institute of Architects. 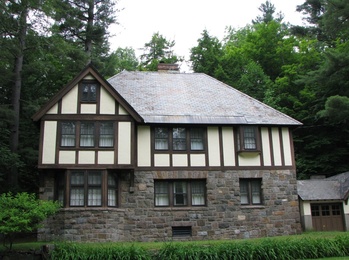 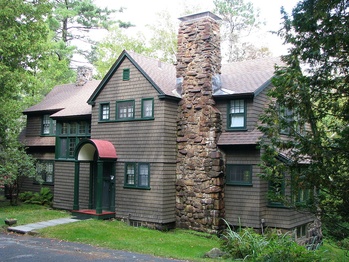 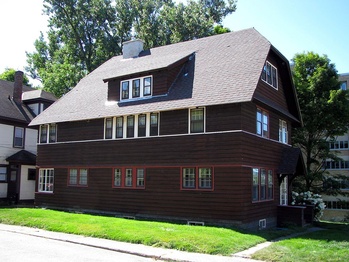 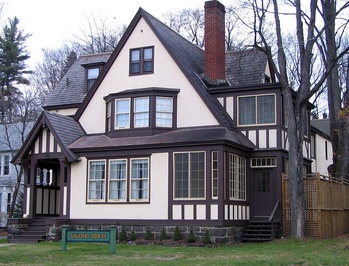 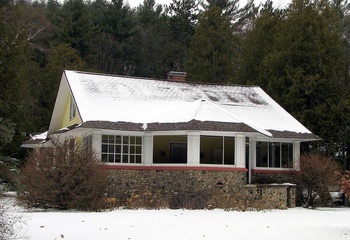