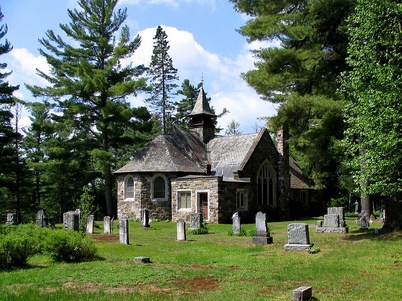 St. Johns in the Wilderness 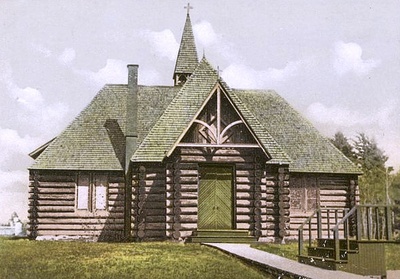 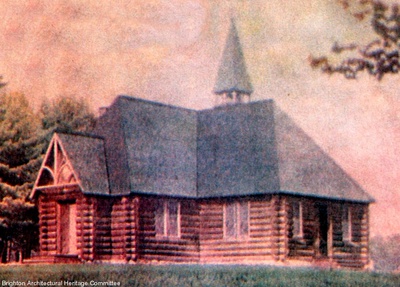 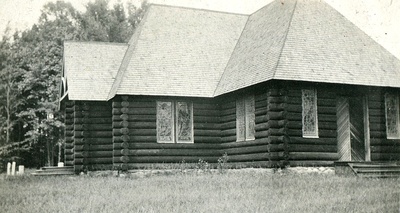 The original church building. Courtesy of Lynn Newman. St. John's in the Wilderness Episcopal Church in Paul Smiths was founded in 1876 by Dr. Edward Livingston Trudeau with the help of Apollos (Paul) Smith and many of the wealthy camp owners around Spitfire, Upper, and Lower St. Regis Lakes. The original log building burned in 1928, and was replaced by the present structure, designed by William G. Distin, in 1930.

Non-denominational St. John in the Wilderness Cemetery surrounds the church. It contains the graves of Dr. Trudeau, Paul Smith, Charles Minot Dole (founder of the National Ski Patrol), Clifford R. Pettis (the father of reforestation) and several other notable residents of the area. 1

WORSHIP IN THE WILDERNESS

PAUL SMITH'S, N.Y. July 7.—A little log chapel, St. John's-in-the-Wilderness, is picturesquely nestled in the edge of the woods near Paul Smith's, and is the scene of a gathering each Sunday which represents some of the most exclusive families in America. The campers on the St. Regis chain of lakes arrive at the boat landing at Paul Smith's in canoes, row boats, launches, and sailing yachts, or speed over the highway which skirts the shore of the lakes in carriages and motor cars. The Rev. Philomene F. Sturges of Morristown, who with Mrs. Sturges and their family occupied the Bianchi camp on Lower St. Regis Lake last season, will be the rector at St. John's this Summer, and will be assisted by Miles Farrow of Baltimore as organist and Walter H. Robinson of New York as soloist.

Deer have fared unusually well this Spring, owing to the luxuriant growth of foliage, and the young and tender sprouts which the warm Spring rains have started throughout the entire region. Three deer were seen on the roadbed of the trolley line near Paul Smith's the other day and were in excellent condition. Miss Dorothy Russell and Miss Helen Ross of Now York, who are at Paul Smith's, saw a handsome antlered buck while driving in the vicinity of Mountain Pond Sunday.

Mrs. F. F. Paige of New York is entertaining her sister, Miss Benjamin, and Miss Hattie Barnwell at her cottage on the St. Regis River. An unwelcome visitor, a large black bear, was seen in the woods near the cottage recently, and gave the ladles quite a fright. Mrs. Paige now has a handsome St. Bernard dog at the camp for her protection. 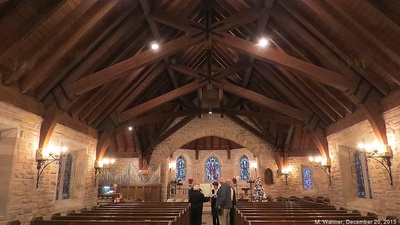 Fishing continues good on the St. Regis chain of lakes and the numerous lakes and ponds In this vicinity. Richard Van Wyck of New York finds much enjoyment in the sport and continues to make many good catches. Mr. George Munger, who is spending the Summer with his daughter, Mrs. Clarence Britton, at Camp Kamambi, on Lower St. Regis Lake, is another angler who has been meeting with pleasing success. Dr. George Fales Baker, who with Mrs. Baker has a cottage at Paul Smith's, brought in nineteen large pike and a fine string of trout one day this week. Dr. Baker has a new launch on Lower St Regis Lake. 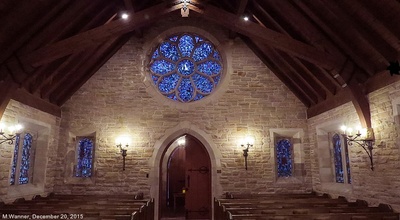 Mr. and Mrs. Anson Phelps Stokes, who are expected from Europe shortly, have arranged for a large house party of young people at Birch Island, their Summer home on Upper St. Regis Lake. Mr. Stokes is Commodore of the St. Regis Yacht Club and handles a sailboat with admirable skill. 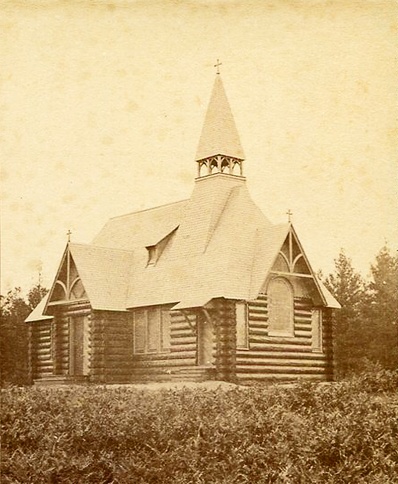 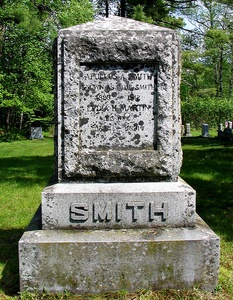 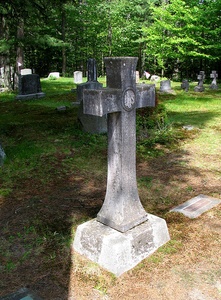 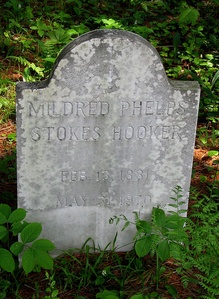 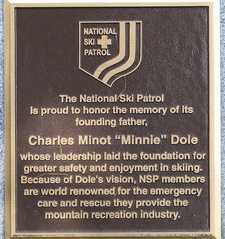 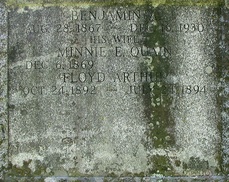 Clergy, from a folder, "St. John's In-the-Wilderness/ Paul Smiths/ in the Adirondacks/ N.Y.":

Among the early clergy who have preached here:

1. This article appeared originally on Wikipedia as St. John's in the Wilderness Episcopal Church; its edit history there reflects its authorship. It is licensed under the GDFL.