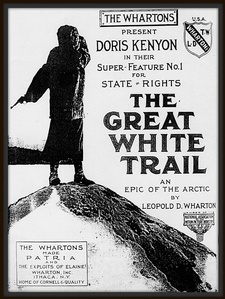 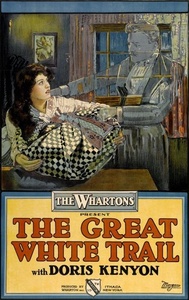 The Great White Trail was a 1917 silent film starring Doris Kenyon made by the Wharton Brothers Studio of Ithaca. New York.  Due to a shortage of snow that year in Ithaca, much of the film was shot in Saranac Lake at Caribou Bill's studio near Ampersand Bay on Lower Saranac Lake.

Some scenes from the film are on You Tube here.  The scenes filmed in Saranac Lake start at about 8:38. 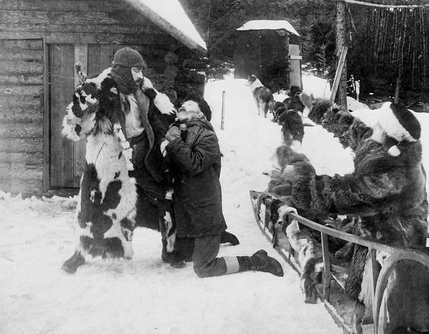 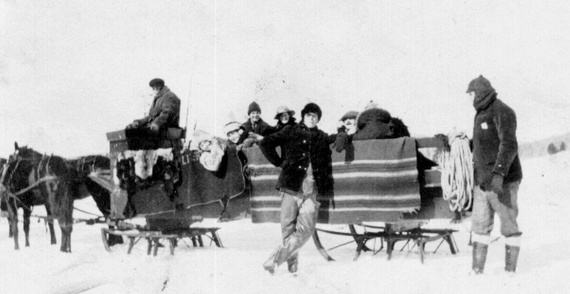 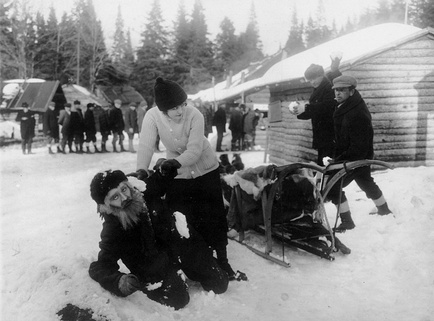 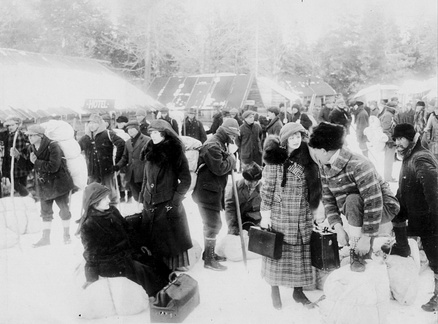 Doris Kenyon in Caribou Bill's village with many local extras taking part in the filming. 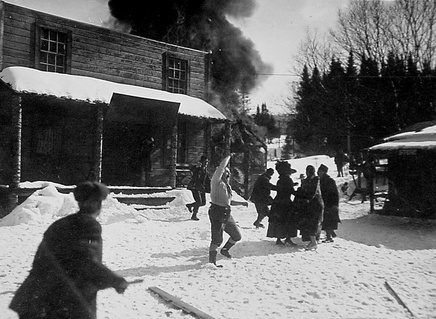 Missing fire scene, not in the film, where Leo Whartons wife Bessie Wharton has her real fur coat burned up in the staged burning of the dance hall. 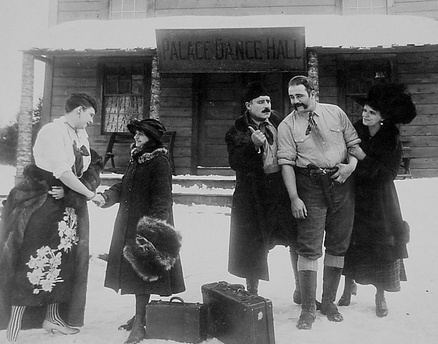 Outside the Dance Hall, at Caribou Bills village, left is Mame Hennesey, center is F.W. "Dick" Stewart as the vulture of the trail. 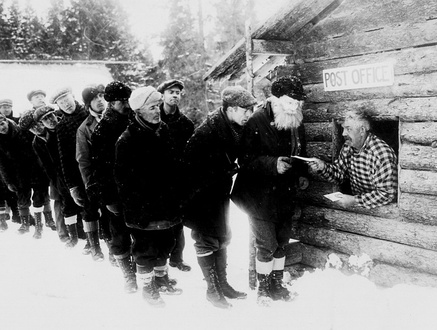 Paul Gordon gets a letter at the Post Office located in Caribou Bills village for the 1917 silent film "The Great White Trail" local residents of Saranac Lake are performing naturally in this scene. 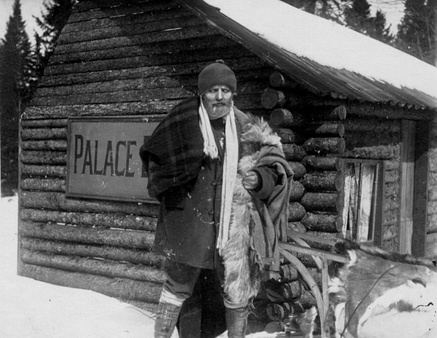 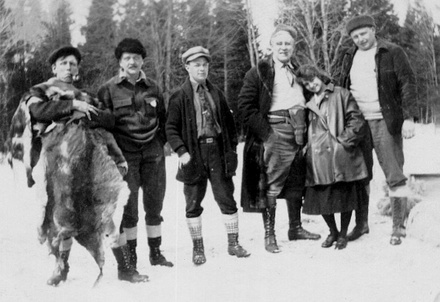 left is producer/director Ted Wharton next to him is William "Caribou Bill" Cooper on the right is Peggy Snow on location at beautiful Saranac Lake New York. circa 1917. 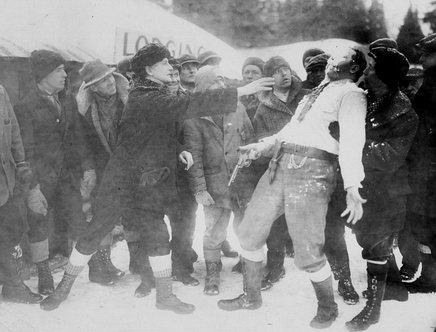 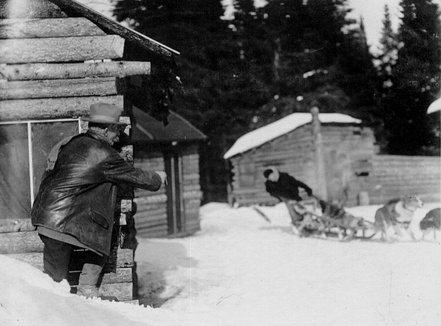 A scene on the set of the Arctic village 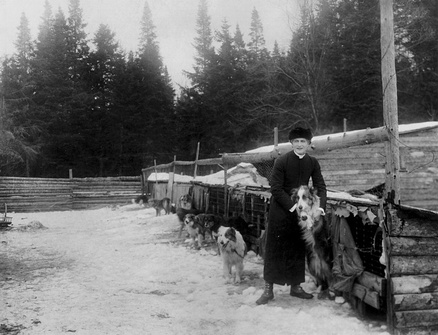 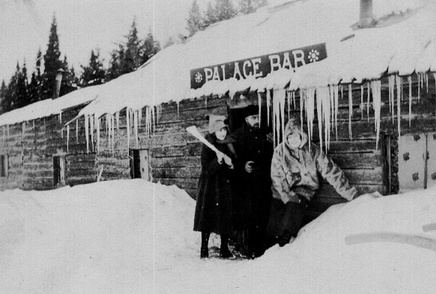 Peggy Snow, Dick Stewart and Doris Kenyon outside one of the structures located in Caribou Bills Alaskan village studio sets. 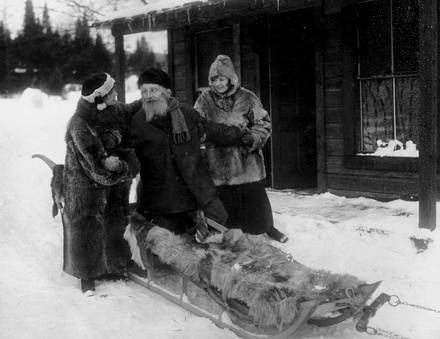 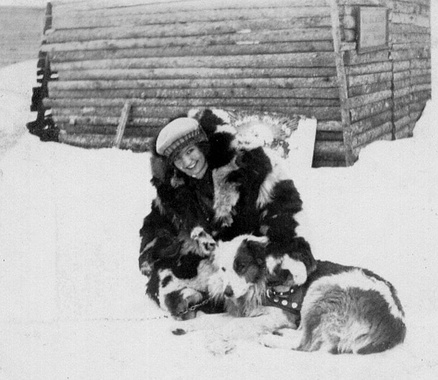 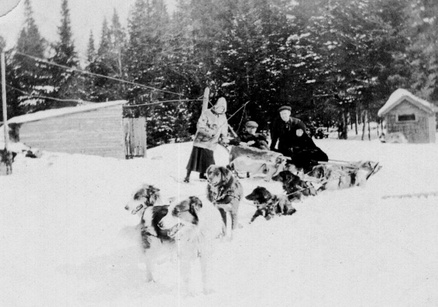 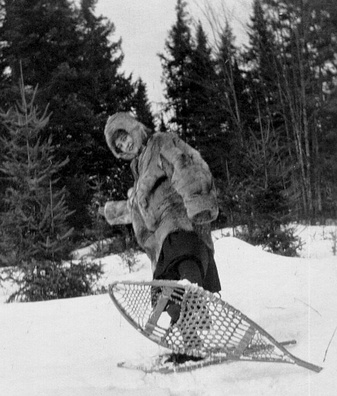 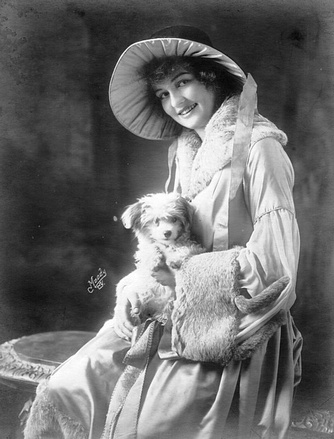 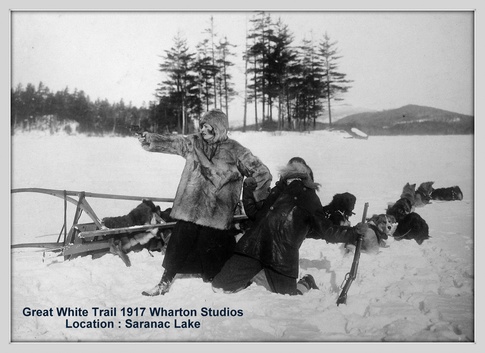 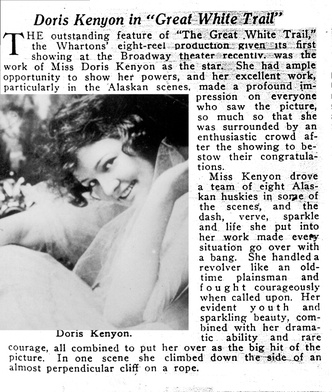 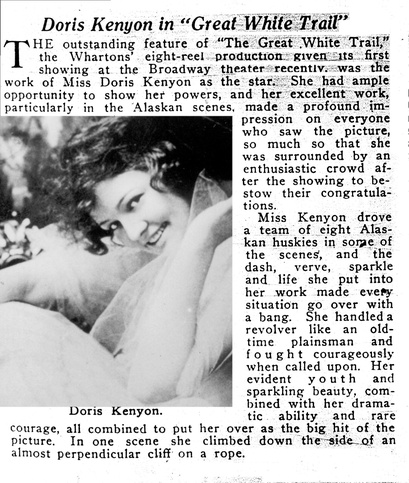 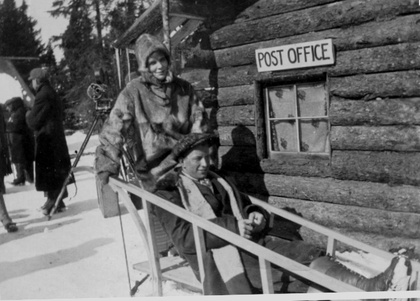 Doris Kenyon and Wharton cameraman Raymond June during a break in the filming. 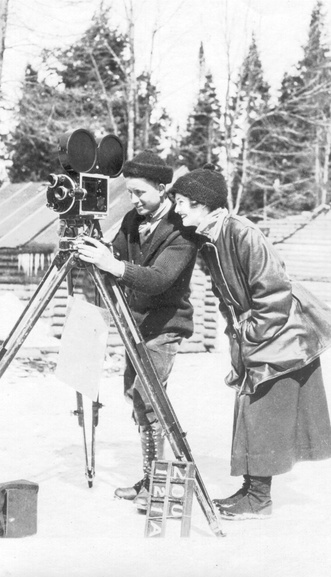 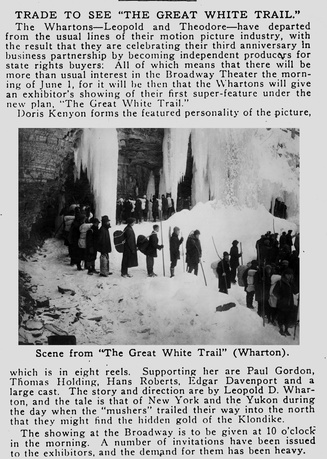