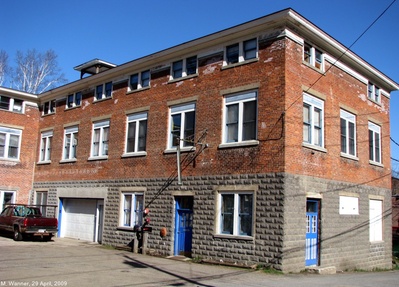 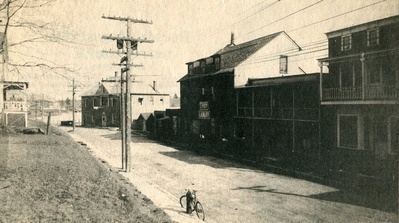 The Troy Laundry was established in 1909, the largest and longest lasting of at least three commercial laundries in the village that cleaned and sterilized linen for the local cure industry. It was founded by Lemuel B. Magill in 1909. See also the chapter on the Magill Cottage in the book Cure Cottages of Saranac Lake by Philip L. Gallos.

William Ames was president of the Troy Laundry.

THE SPIRIT OF COOPERATION

It's a wonderful thing! We can fight it out with our competitors year in and year out. And then, come a disaster, we can offer the helping hand of cooperation.

To use a rather ancient but pleasant cliche, the cockles of our heart were considerably warmed yesterday when we read that the Troy Laundry had offered the use of its facilities to Mrs. Edith Smith of the Silver Laundry following the disastrous fire on Sunday, and that Mrs. Smith had ''gratefully accepted."

We congratulate Messers Oscar Jackson and Edward Mack of the Troy Laundry for their very generous gesture.

At the same time, we express our admiration for the determination of Mrs. Smith, in the face of this disaster, to plan a new building for her laundry.

Finally, on behalf of everyone concerned, we commend the Fire Department and each of its volunteer members for a splendid job in preventing the extension of the fire. J.L. 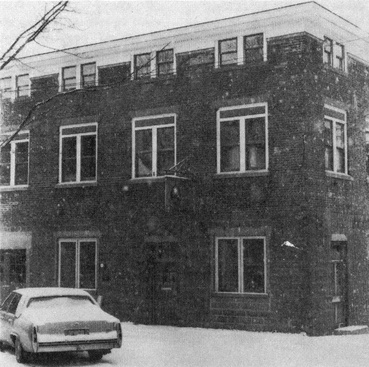 . . . National Door Company of Saranac Lake . . . just closed its doors this week. National Door, the recipient of numerous grants, had been making their loan payments regularly. Bruce and Barbara Darring, the entrepreneurs who developed National Door, also rehabilitated the former Green's Grocery Store in Saranac Lake. The grocery store was open for a summer after being refurbished and then closed. David McDowell of the village community development office , was meeting this week with the owners to discuss the possible sale of the business. Although the door company imported much of their wood it did draw on the indigenous skills of its work force . . .