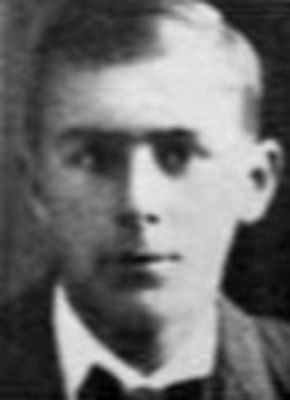 Trygve Magnussen was one of the Norwegian Sailors who cured in Saranac Lake during World War II. Magnussen served as cook on Brimanger until he became ill and had to pay off on June 13, 1944. He died only a year later at Gabriels Sanatorium, New York. Unfortunately, no "Report of a Case of Tuberculosis" card was found for him in the Adirondack Collection of the Saranac Lake Free Library. Haakon Engh also stayed at Sanatorium Gabriels; they must have known one another. Both men died here and are buried in Pine Ridge Cemetery with the other Norwegian sailors.