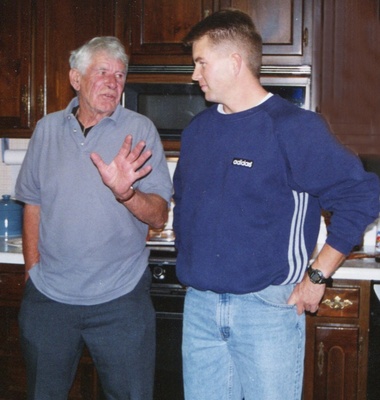 Tuffy was a driver on the Europa Cup and World Cup circuits and at World Championships from 1990 to 1998. He placed ninth in the four-man at the 1995 worlds and won the U.S. skeleton national push championships title at the 1996 U.S. championships. He was the 1995 U.S. National Champion in 2-man. In 1998 he started coaching, working with the U.S. team until 2007. Successes as Coach include the Silver medal's at the 2000 and 2001 Women's Bobsled World Championships (Jean Racine), a Gold Medal in the 2002 Winter Olympic Games (Jill Bakken and Vonnetta Flowers), the 4-man Silver medal in the 2003 World Championships (Todd Hays), the 4-man bronze medal at the 2004 worlds(Todd Hays) and with Canada a Gold (Kaillie Humphries), Silver (Helen Upperton) and Bronze (Lyndon Rush) at the 2010 Winter Olympic Games.

He is currently the Head Coach of the U.S. Skeleton Team working with Willi Schneider, Orville Garrett and Brian McDonald.

He is the son of Patrick K. Latour and the grandson of bobsled great Tuffield A. Latour, the driver of the 1948 U.S. Olympic bobsled team.