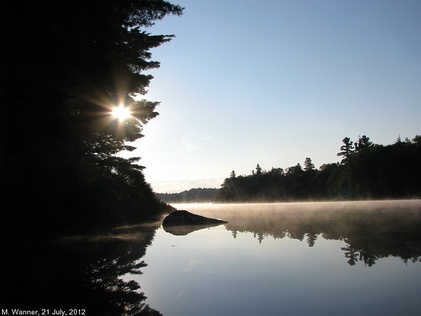 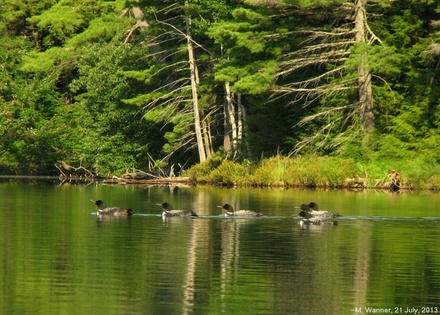 Whey Pond is a 110-acre pond near the Rollins Pond campground. It is popular with fishermen and with campers at the Rollins and Fish Creek campgrounds.

Whey Pond to Be Poisoned, Restocked

The continuing program of pond reclamation for restocking of sporting fish included Barnum Pond last week, and Oliver Pond is scheduled next week in Essex County.

Whey Pond is approximately 116 acres in size with a fairly uniform depth between 20 and 22 feet with a maximum of 25 feet.

Whey was poisoned several years ago but the outlet backup from Rollins again allowed perch to rehabilitate. A solid concrete barrier has been built to prevent a recurrence in the future.

There are both Rainbow and Speckled trout in Whey Pond at present but perch abounds. Boats and pumps will handle the Rotenone filtration rather than aircraft and the program should cover most of the day. The State has in most cases allowed its citizens to pick up trout and other desirable fish which surface during the operation. The Rotenone does not harm the edible quality of game fish and occasionally exceptional specimens surface for a brief time before sinking to the bottom.

The Barnum Pond poisoning program last week was a cooperative effort as there are both state lands and Paul Smith's College properly surrounding the picturesque body of water.