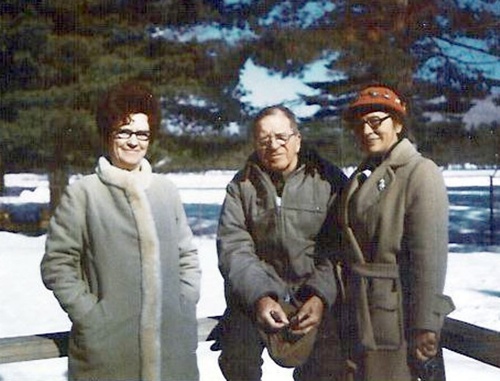 William Avery Rockefeller III was the son of William G. Rockefeller from whom he inherited the Bay Pond estate. He left the estate to his three children, who sold an easement on 21,000 acres to the Adirondack Nature Conservancy in 1979, retaining 12 development rights in the immediate region of the pond.

SARANAC LAKE - William Avery Rockefeller, 77, a second cousin of Gov. Nelson Rockefeller, was found dead Sunday afternoon in a ground floor bathroom of his Bay Pond Park home in nearby Santa Clara. Police said be had apparently shot himself with a 12-gauge shotgun.

State Police said Rockefeller, 77, who lived on the 12,000-acre estate with his third wife, Betty, was found about 1 p.m. by a caretaker, James Johnson, after Mrs Rockefeller found the family's gun cabinet had been left open.

A shotgun which police identified as the weapon that killed Rockefeller, was found next to the body in the bathroom.

Mr. Rockefeller had been a resident of Upper Saranac Lake for 35 years and of Bay Pond for 13 years.

He was a past vice president for the Association for the Protection of the Adirondacks and a delegate to the American Kennel Club.

He was born in Tarrytown, a son of William G. and Elsie Stillman Rockefeller.

In addition to his wife, the former Betty von Soosten, he is survived by two sons, William of Rye and Frederick Lincoln of Westfield, Mass.; a daughter, Mrs. Elsie McMillan [sic] of Madison, Wis.; three brothers, Godrey S., J. Stillman. and Sterling, all of Greenwich, Conn.: a sister, Mrs. Almira Scott of Edgemont. Pa , 14 grandchildren; one great-grandchild; and several nieces and nephews.

The funeral service will be at 2 p.m. Tuesday at St. John's in the Wilderness Church at Paul Smiths with the Rev. George Easter officiating. Burial will follow in the church cemetery.

His family requests that friends omit flowers and make contributions in his name to their favorite charity.