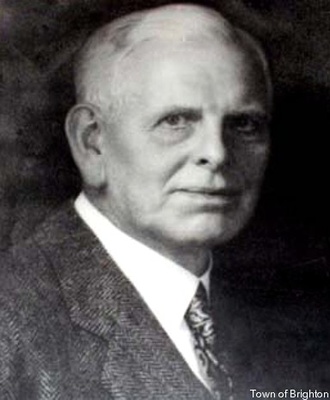 Children: Helen Munson, Joan Tenney. He also apparently had a son, William B. Lusk, Jr., who did not survive him, but who is buried in the cemetery of St. John's in the Wilderness.

The Reverend William B. Lusk of Richfield, Connecticut, served as superintendent of the Adirondack Missions; he founded the St. Regis Presbyterian Church at Keese Mills in 1899 having raised funds from his fellow "campers" on Upper St. Regis Lake, including Mrs. Anson Phelps Stokes, Mrs. Cyrus McCormick and the Whitelaw Reids; he served as its pastor until 1906. He also founded the Piercefield Church in Tupper Lake in 1900, and served as minister at the Church of St. Luke, the Beloved Physician from 1909 to 1915.

He had a camp on Upper St. Regis Lake. At some point, Whitelaw Reid gave two acres adjacent to his Camp Wild Air to the Reverend Lusk for his own camp. A building with diamond-paned windows remains from the Lusk camp, where it is said that sermons were written. Benjamin A. Muncil built a main building and several outbuildings for later owners.

Interment services will be held at 2:30 tomorrow afternoon at St. John's in the Wilderness for Rev. William Brown Lusk, who died January 13 at Olean.

Rev. Lusk was born on July 23, 1869 in County Antrim, Northern Ireland, the son of James Wallace and Jane Brown Lusk. He was a graduate of Queens College, Belfast, and came to this country in 1894 to attend Princeton Theological Seminary. After his graduation in 1897 he was in charge of various Presbyterian Churches in northern New York State. In 1907 he was ordained to the ministry in the Episcopal Church and served successively as assistant minister of St. Mary's Church, Tuxedo Park, and of the Chapel of the Incarnation, New York City, before becoming rector of of St. Luke's Church, Saranac Lake. He became rector of St. Stephen's Church, Ridgefield, Conn., in 1915 where he served for 35 years.

During World War I Mr. Lusk served in France with the Young Men's Christian Association.

Rev. Lusk is survived by his widow, the former Edna Bright, two daughters, and by two brothers and two sisters living in Northern Ireland. The last time Rev. Lusk preached at St. Luke's Church was at the 60th anniversary of the church on July 30, 1939. He had a camp on St. Regis and was a summer visitor there for a number of years. Rev. Ernest B. Mounsey, pastor of St. Luke's Church, and Rev. Jesse Corum, of Keeses Mills, will officiate at the rites tomorrow.

It was a great pleasure a couple of weeks ago, to work with Rev. William B. Lusk on the booklet he compiled on "Memories of the Early Days of St. Regis Presbyterian Church at Paul Smith's."  It had been several years since I had seen Mr. Lusk, and I found him the same entertaining friendly conversationalist as he used to be years ago.