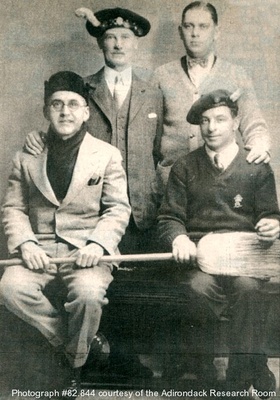 William Duquette was an electric contractor and a hockey player. He was the father of John J. Duquette

Mr. Duquette came to Saranac Lake in 1906 to play hockey and later was a referee in one of the 1932 Olympics games.

He was an electric contractor and had operated the Saranac Lake Electric Company with Leon Kingman. He did the wiring in the Harrietstown Town Hall, Will Rogers Hospital, and the former Trudeau Sanatorium when it was taken over by the AMA.

Mr. Duquette was born June 24, 1886 in Huntington, Quebec, a son of John and Emma Beau-din Duquette.

Friends may call at the Fortune Funeral Home beginning Wednesday. An Elks service will be held at 8 p. m. Thursday and a Rosary service at 8:30. A Roman Catholic Funeral Mass will be offered at 10 a. m. Friday morning at the Saranac Lake Methodist Church. Burial will be in St. Bernard's Cemetery.