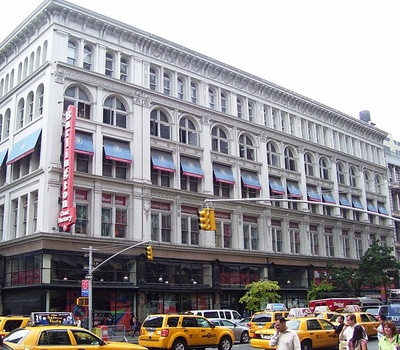 William J. Ehrich owned Pinehurst on Lower Saranac Lake, along with the property that would become the Guggenheim Camp. He was one of four brothers, including Louis Ehrich, who founded the Ehrich Brothers department store in New York City.

Hotel Ampersand, Saranac Lake, N. Y., July 27.— W. J. Ehrich, late of the well-known firm of Ehrich Brothers of New-York, died suddenly this evening at his Summer residence on Saranac Lake of heart failure. Mr. Ehrich had been in good health. At the time of his death he was in his stable, where he sank on the floor dead. He was forty-five years of age.

Mr. Ehrich retired from the firm of Ehrich Brothers a few years ago and subsequently engaged quite largely in real estate transactions. He was married and had two or three children.

Two men named Goodrich and Davis were picking spruce gum near Saranac Lake when the big storm came on, and getting out of provisions were obliged to start for home on the ice through the deep snow. Goodrich kept on until he reached Twin Sister Island, a mile from W.J. Ehrich's, when he became too exhausted to go any farther, but succeeded in hallooing until he attracted the attention of people at Mr. Ehrich's, who went to his assistance and also rescued Davis, who it was feared could not recover. Saturday they were able to be taken home.—>Plattsburgh Telegram.