From a scrapbook kept by John G. Coogan. Courtesy of Bill Coogan 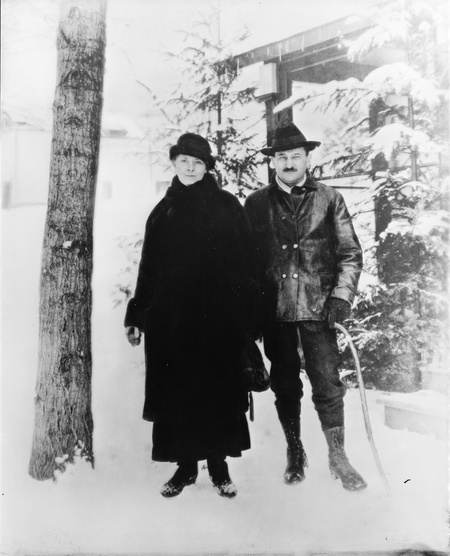 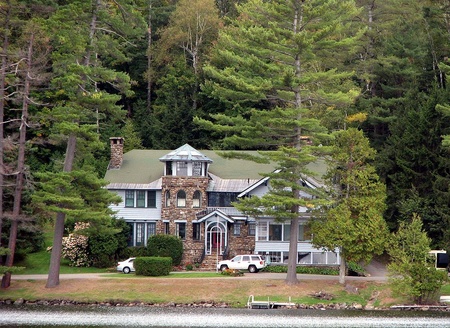 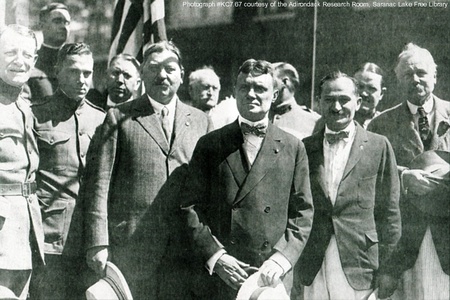 William Morris was a theatrical agent and manager who opposed the attempted monopoly of vaudeville talent. He founded the William Morris Agency — still in business — which represents actors. Early in the century, his agency dominated the field of theatrical representation. 1 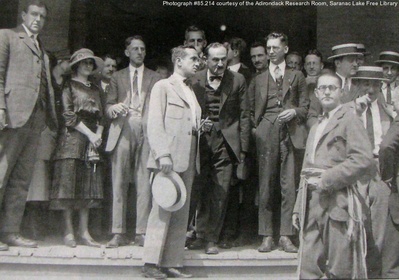 Al Jolson, center, talking with William Morris at Union Station (Francis B. Trudeau is at far left). Adirondack Daily Enterprise, September 24, 2005 Born to a Jewish Family, he was named Zelman Moses in Vienna, Morris immigrated with his family from Germany to the U.S. in 1882. In his twenties he worked for a top stage impresario, and five years later, started out on his own, and soon established himself as an agent with a good eye for talent. By the 1920s, his roster included Scottish bagpiper and comic Harry Lauder, once reputed to be the highest paid entertainer in the world, and comedians Will Rogers, and Charlie Chaplin. After the owner of a chain of theaters tried to squeeze Morris out, he formed his own confederation of theaters. And when the emergence of radio and movies spelled the end of vaudeville, Morris successfully moved his artists, including Eddie Cantor, Amos 'n' Andy, Martha Raye, the Marx Brothers, George Burns and Gracie Allen, to the new media.

Morris first came to Saranac Lake for his health about 1902, and settled first at the Algonquin Hotel where he stayed for almost three years. He then returned to New York City, but he would return to Saranac Lake periodically. There are stories of Morris and his wife taking sleigh rides on Forest Home Road and enjoying sitting by the fireside at the Berkeley. By the early 1920s, he was spending much of his time in Saranac Lake. 2

In 1928, he built Camp Intermission, a Great Camp designed by William Distin, with a two-story cure porch on 110 acres on Lake Colby. Morris took an interest in the community life of the village. In 1919 he and his wife founded the Saranac Lake Day Nursery which he supported by arranging benefit shows each July 4th from 1924 to 1930, with famous theatrical people donating their services.

He was a director of the NVA Lodge ; he was also a director of Northwoods Sanatorium on Church Street. In 1915, Morris bought and gave the building that became the Jewish Community Center.  Morris raised funds for the building of the First United Methodist Church, bringing Sir Harry Lauder as the star attraction of a show at the Pontiac Theatre. About 1920 he brought in Tom Burke, the Irish tenor, in a benefit to aid the St. Bernard's Church building fund; top price seats in the Pontiac Theater went for $100. In 1929, he arranged to have Eddie Cantor and Sophie Tucker as the star attractions for a benefit for Temple Emanu-El in Lake Placid.

Morris founded the Saranac Lake Day Nursery in 1919 at the corner of Depot Street and Bloomingdale Avenue in what had been Ensine Miller's home, Sunnyside. Emma Morris created a milk fund for the children of Saranac Lake.  Those who grew up here in the fifties and sixties fondly remember "Milk and Cookies" at the Playground.  The property was later renamed the William Morris Park; in 2011 it became the site of the Adirondack Carousel.

His daughter, Ruth Morris, married William Chapman White, for whom the Adirondack Research Room of the Saranac Lake Free Library is named.

William Morris cheated death on a number of occasions. He was struck with tuberculosis in 1902, but after taking Dr. Trudeau's Adirondack Mountain rest cure, he returned to work in 1905. He and his wife were set to take the Titanic's ill-fated maiden voyage in 1912, but canceled the trip so that he could clear up a theater booking snafu. He was supposed to have been on the Lusitania in May 1915, but was still in New York when it was sunk by the Germans. In fact, Morris lived long enough to see his agency establish offices in London, Chicago, and perhaps most important, Los Angeles. After retiring in 1930, he died in 1932 while playing pinochle with friends at the Friars' Club.

William Morris, president of the Jewish Theatrical Guild and one of the most prominent figures in the American theatre, died early Wednesday from a heart attack in New York city.

Coming to Saranac Lake 30 years ago for his health, Mr. Morris settled first at the Algonquin hotel. He built his home on Lake Colby 20 years ago.

From his first visit Mr. Morris took a keen interest in the community life of Saranac Lake. In 1919 he and Mrs. Morris founded the Saranac Day nursery. From 1924 to 1930 benefit shows on July 4th when famous theatrical people donated their services were features of the summer season. Proceeds of this annual event helped support the work of the nursery.

A brick at the Saranac Laboratory has been dedicated in the name of William Morris by Historic Saranac Lake.As one of the founders of the National Vaudeville Artists lodge he was a director of the institution for many years and also was a director of Northwoods sanatorium In 1915, Mr. Morris volunteered his service to raise funds for the building of the Methodist Episcopal church, bringing Sir Harry Lauder as the star attraction of the performance in the Pontiac theater. About 12 years ago he aided the St. Bernard's church building fund, bringing Tom Burke, the Irish tenor, to that village. Top price seats in the Pontiac theater sold at $100.

In 1929 at Lake Placid Eddie Cantor and Sophie Tucker were secured as the stellar attractions for a benefit for Temple Emanu-El.