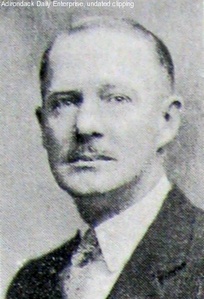 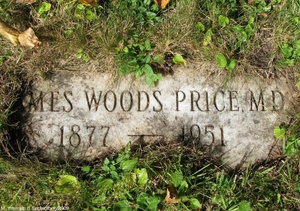 Dr. James Woods Price came to Saranac Lake in the early 1900s from Virginia for his health; he was a close friend and neighbor of the Trudeaus, and Dr. Trudeau's own physician. He lived and practiced at 116 Main Street. He was president of the Reception Hospital for more than 17 years. 1

He was educated at the University of Virginia, where he received his bachelors degree in 1897 and his medical degree in 1901; he was a member of the university's chapter of Phi Beta Kappa. He also studied in Europe, in 1903-1904. He worked at Stony Wold Sanatorium from 1906 to 1908 prior to settling in Saranac Lake. He served as an instructor in the Trudeau School of Tuberculosis starting in 1914. He served as a lieutenant, and later as a major, in the U.S. Army medical corps in 1917-1918, where he was an instructor in tuberculosis section. He was a vice-president of the National Tuberculosis Association and president of the Saranac Lake Medical Society. He was president of the Saranac Lake Library Association. 2

Price served as vice president of the Medical Society of the County of Franklin County 3 and Senior Warden of the Church of St. Luke, the Beloved Physician. One of his patients was Madeline Smith. He is described as "a Virginia gentleman and gracious entertainer" in Phil Gallos' book, Cure Cottages of Saranac Lake.