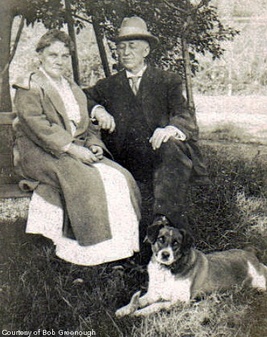 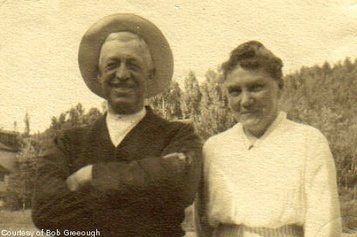 Married: Charles J. Greenough, who was born in Sweden

Ida Belle Isham was the sister of lawyer Fred Isham of New York and Lake Placid, who developed Helen Hill. She married Charles J. Greenough, an early and prominent resident of Saranac Lake; he served for a time as village trustee. He and his wife first lived in the Charles Greenough Cottage (built in 1889) on Ampersand Bay, part of a large piece of property he had purchased. He operated Greenough's Livery, near the Hotel Ampersand. According to a series of clippings (posted under Charles J. Greenough), they moved away and later returned, to a new house they built at 215 Broadway. The first Greenough Cottage is still standing at 46 Bayside Drive (new address) in Saranac Lake. The second house, built on Broadway in 1895, has since been torn down.

Mrs. Greenough died Saturday in Utica. She was the widow of the late Charles Greenough, one time owner and operator of a feed store in Saranac Lake.

The couple had been residents of that village for 50 years. Mr. Greenough died in Saranac Lake a few years ago.

Mrs. Greenough was the former Miss Ida Isham, sister of the late F. A. Isham and Mrs. Mattie Hadley of Lake Placid. She is survived by one son, William Greenough, of Albany.