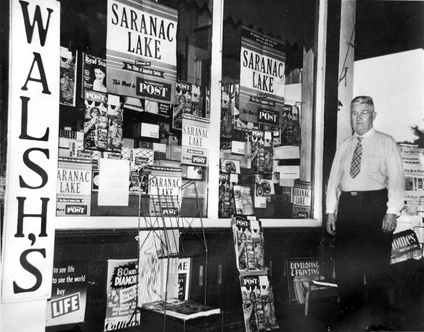 Mr. Walsh was born in East Rutland, Vt., a son of John F. and Margaret Brennan Walsh. He had lived in Saranac Lake for 75 years. His wife, Josephine Pasho Walsh, died in 1964.

He was a member of the Fourth Degree, Knights of Columbus and for many years, of Elks Club 1508.

Friends may call at the Fortune Funeral Home beginning at 7 this evening, and Tuesday afternoon and evening. An Elks service will be held at 7:30 pm. Tuesday, followed by a 4th degree Knights of Columbus service at 7:45 and a Bible Vigil at 8. A Mass of the Resurrection will he offered at St. Bernard's Church at 10 a.m. Wednesday. Interment will be in St. Bernard's Cemetery.