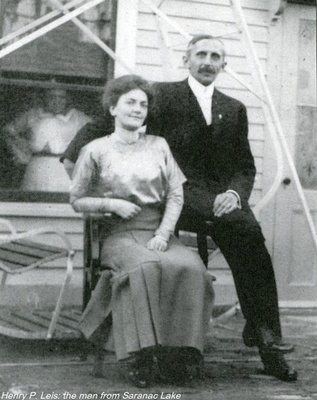 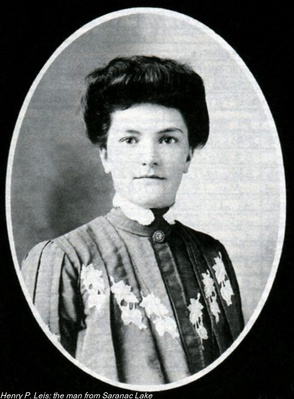 Her father died when she was 22, leaving her on her own. She got a job as a governess with a wealthy Ausable Forks family. After three years, she had saved enough to go to a dressmaking school in Burlington Vermont. On completing the course, she moved to Saranac Lake because she had an aunt, Philomine Delisle, living there who told her that business was booming. She set up shop above Finnegan's Furniture Store and funeral parlor on Bloomingdale Avenue across from the Grand Union Hotel. Her business went well, but she had to live very frugally.

Henry Leis was staying at the Grand Union when he first saw her, and managed to get an introduction via friends at the Knights of Columbus. They dated for several months before Henry asked Mary to marry him. They were the first couple to marry at the new, stone St. Bernard's Church in 1911; the floor had not yet been laid, and the aisle was covered with planking.

They settle first at a "large apartment house on Upper Broadway," which flooded because it was built into the hillside. Shortly thereafter, they moved to their own apartment in the Leis Block, which they had been busily renovating (something Henry had been involved in for some seven years).

The Martin Gleason Funeral Home, 10-25 150th St., Whitestone, N. Y. is in charge of the funeral. The funeral service will be at 10 a. m. Saturday at St. Luke's Church in Whitestone and burial will be in St. John's Cemetery in Brooklyn.