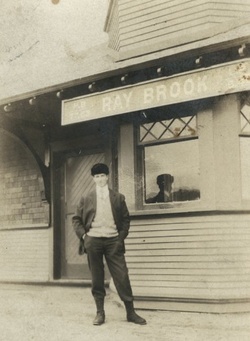 "Harold Chaffee Ray Brook 1907"
Chaffee was a patient at the New York State Hospital at Ray Brook when he was 23.
Courtesy of the Adirondack Experience. 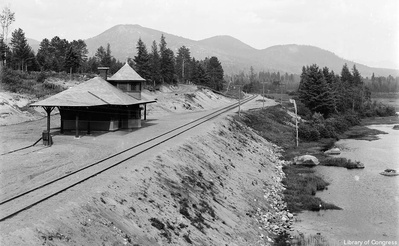 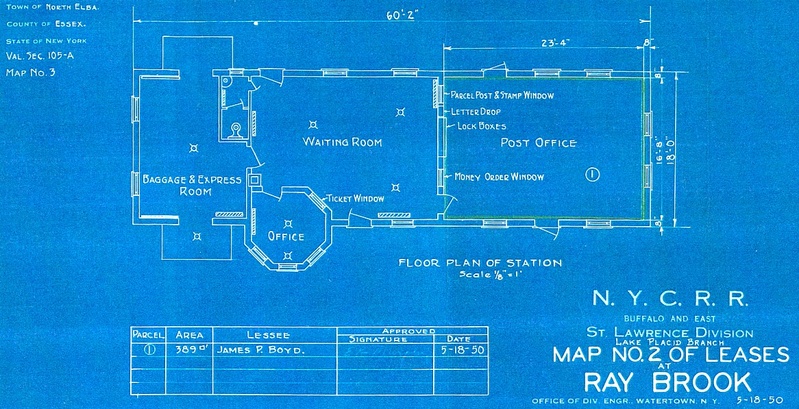 The Ray Brook Station on the Saranac Lake and Lake Placid Railroad served Delaware and Hudson trains from August 1, 1893 until November 1, 1946, and New York Central passenger trains from 1893 until April 25, 1965. A special siding was added in 1932 to handle extra trains for the 1932 Winter Olympics.

Apparently, the towered Queen Anne shingled station pictured was built in 1907, but it's not clear what building served as the depot from 1893 to 1907. 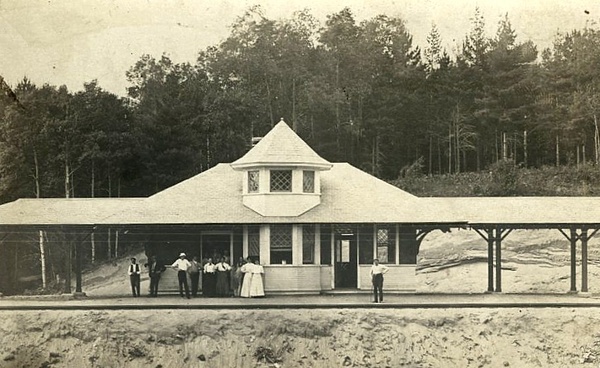 Ray Brook Railroad Station, 1907.
Courtesy of the Adirondack Experience.In 1913 the Ray Brook Post Office moved to the New York Central train station. Because the postmaster at the time of the move was Dr. Robert Lundy, a doctor at the state TB hospital, and patients were used as mail clerks, the previous post office was probably at the hospital. On December 9, 1928, the Post Office and Queen Anne train station burned to the ground, destroying a large number of Christmas parcels, as well as all the letter mail in the P.O. boxes and General Delivery desk in the Post Office. After the fire the P.O. was moved to a room in the Ray Brook State T. B. Hospital until a new train station could be built.

The "stone" (or concrete block) Delaware and Hudson Passenger Station at Ray Brook was built in 1930 by J. J. Fitzpatrick and Sons of Plattsburgh, and the P.O. returned there. After a long decline, the New York Central passenger service on its Adirondack Division ended April 24, 1965, the last branch line service on the New York Central System. Until the very end, the line was operated in the fine old tradition of railroading, using Morse telegraphy, train orders and manual block station. The P.O. remained in the train station until 1975, when the building was quite run down. That year the P.O. was moved back to a trailer on the former Ray Brook hospital grounds, by that time converted to Camp Adirondack Minimum Security Correctional Facility. 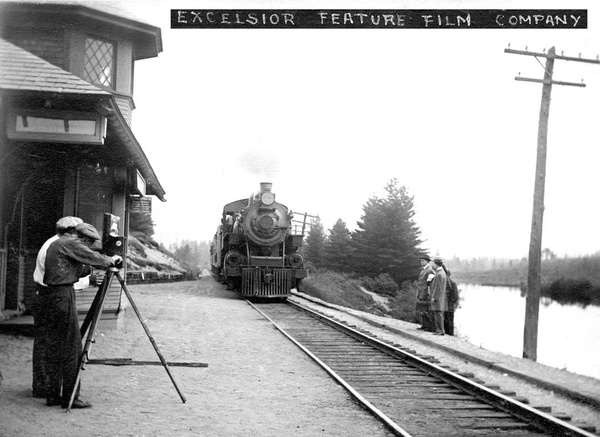 Sadly, it is long gone,