The Balboa Pavilion is the most famous landmark in Newport Beach, Balboa Pavilion "is one of California's last surviving examples of the great waterfront recreational pavilions from the turn of the century". The pavilion was built by a group of promoters who recognized the potential in the area. "Newport Bay Investment Company" was formed in the early 1900s to finalize its vision. The Balboa Pavilion was constructed by Chris McNeil, who had built the red sandstone courthouse in Santa Ana just five years before. The pavilion is famous for its long sloping roofline and Victorian cupola at its crown. "During construction, the Pavilion could only be reached by boat or, with great difficulty, on a sandy road. However, construction of this wooden Victorian design building was fully completed on July 1, 1906, to coincide with the completion of the Pacific Electric Red Car Line which began at or near Pasadena, wound down through Los Angeles and Long Beach, and ended in central Balboa". The Balboa pier was built as a sister project to the Pavilion to attract buyers. The Balboa Hotel was built in just ten days to open at the same time as the red line.

The rail opened on July 4, 1906, and nearly one thousand beach-goers took the hour-long train ride from Los Angeles to enjoy the beach, Pavilion, and pier. 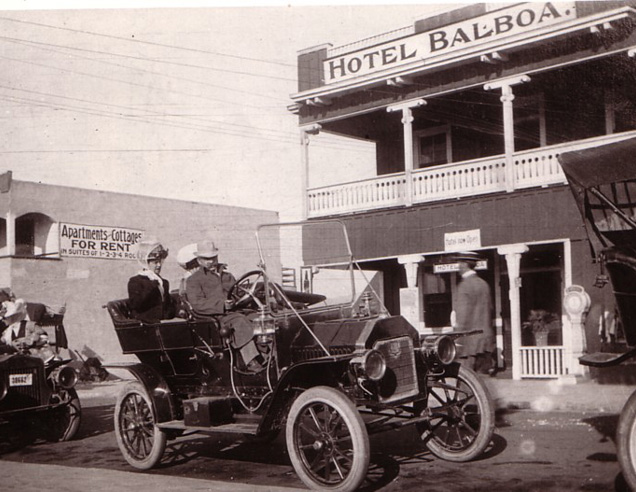 The original building consisted of a large 8,000-square-foot meeting room on the second story and a simple bathhouse on the first floor where people could change from street attire into outfits called “Bathing Suits.” 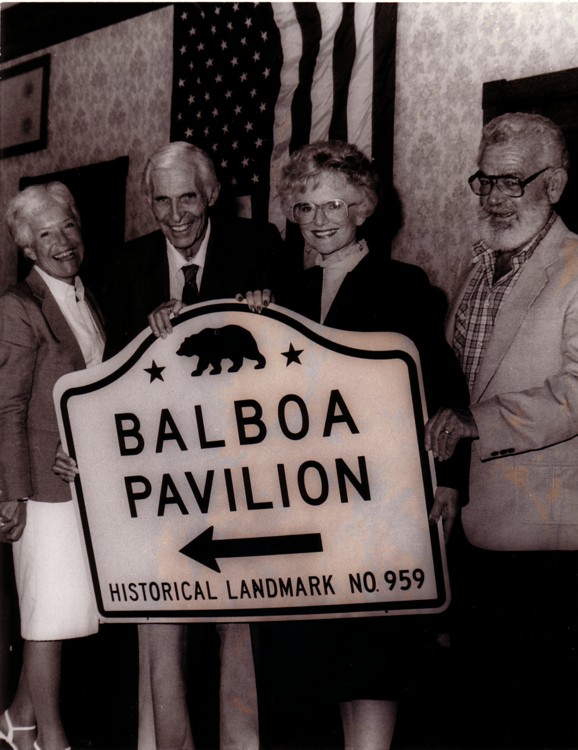 In 1954, the Gronskys created a shell museum upstairs. It housed over 2.5 million shells. The Gronskys sold the Pavilion in 1961 to the Ducommun Realty Company of Los Angeles. The goal was to restore the building back to its 1906 look. Edmond G. "Alan" Ducommun spearheaded this and added the 1,500 lights to the exterior that are still on the building today.

Throughout its time, the Pavilion has had numerous owners who have done their best to restore and preserve its authenticity.