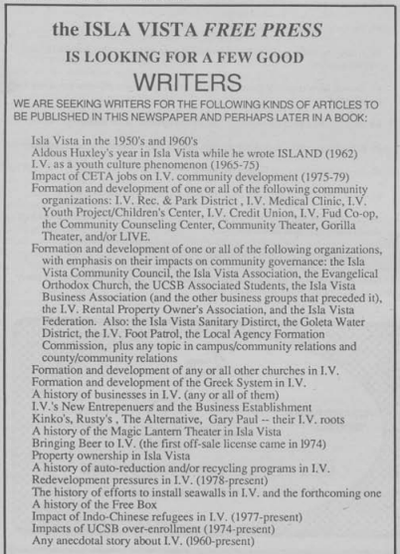 Here are some things that might be fun or interesting to write about. Add more items here if you want to see something written! See How to Contribute to LocalWiki IV for other ideas. The list on the right from 1987 is also great (some of that did get covered in a book). :)

A few places to find information and inspiration

Here are some collections of information that other people have written, which might be informative and inspiring. If something seems useful, it's best to quote a piece of it and add a link instead of copying and pasting lots of text.

Photos that could be added to articles