In the late 1960s or early 1970s, local artist and gardener Hugh Carroll made yellow and orange ceramic tiles with counterculture imagery and set them into the sidewalks around downtown Isla Vista as public art and decoration. Some of the tiles remain in place and others have been destroyed or removed and saved. The images include leaves, horses, trees, suns, flowers, marshland, snails, paisley patterns, and candles.

This Isla Vista Free Press issue from 1989 has a note about the tiles on page 2: "Plyley also thought that Hugh Carroll, who worked with the first lVCC on several construction projects, did the actual making of the first Free Box. Carroll also made and laid the tiles that can still be seen on some lsla Vista street corners." According to "More Than Just Parks", Carroll was involved in gardening and parks-related activities through the 70s and early 80s, including helping establish Little Acorn Park.

The following is probably an incomplete list of locations; the tiles may have been installed in more places and later destroyed. If you know of more locations, please edit this page!

In front of 6509 Pardall (removed and probably destroyed)

Until March 2015, there was a collection of tiles in the sidewalk on Pardall Road between Pardall Tunnel and South Coast Deli, outside the apartment building at 6509 Pardall: 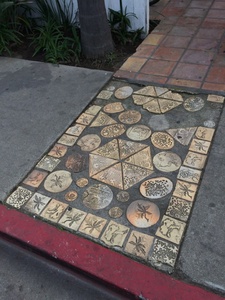 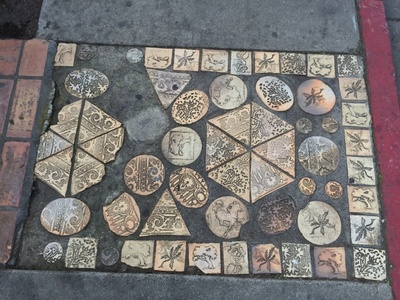 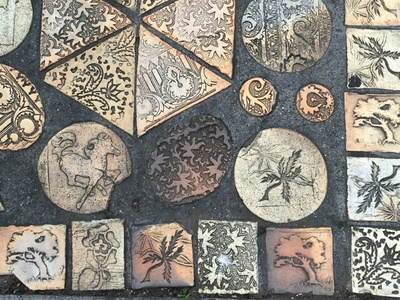 From Peter Meissner, a few stories about the artist and this house: "Hugh Carroll lived in one of the aptmts at 6509 Pardall, in fact the property was owned by his father. Hugh was a dynamo. He had a degree in BioPhysics (if I'm not mistaken) but prefered to work with his hands. He started two gardens in town, one was in an open lot across the street from his place on Pardall. He built a gate to it and had a sign that read "A. Garden" in case the mailman might have had some correspondence for one of the tomato bushes there. Or that's the sort of fantasy it invoked."

"The other was the Community Garden in central IV. Hugh also started the "Street Tree Project," planting fruit trees along curbs, the plan being free food in future when they matured. He hired a number of dedicated people to walk around with carts filled with horse manure which he got from the university stables bordering Devereux property (where he kept two horses), and water hoses, to fertilize and water the trees. Hugh was, and probably still is, a vegetarian, believing it immoral to kill. He would transport the horse manure to the gardens by horse drawn cart which he built himself, and which he used over Halloween to give the local kids a ride. Needless to say they were thrilled."

"And since his dad owned the property, Hugh also transformed the utility room in the back into a sauna by inserting a pot bellied stove in there with a stovepipe leading thru the wall. He'd heat up that stove, close the door, ladle water onto the heated metal and voila, humid heat, a sweat lodge he'd call it. He later moved to Filmore where he started up an 'ecoranch' which he called Biophilla, and which he ran for a number of years, plowing the fields with horses, brining his own olives, and experimenting with various progressive ideas."

In March 2015, the current owners, St. George and Associates, renovated the house and replaced the tiles with plain sidewalk concrete: 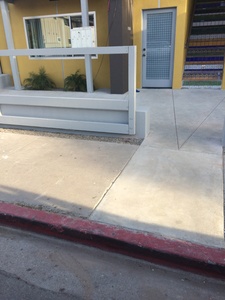 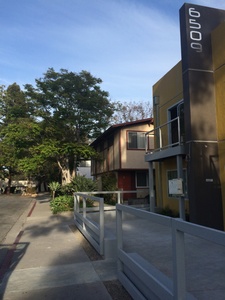 The UCSB and Isla Vista Walking Tour says that outside the Isla Vista Surf Company, "Locally made tiles from circa 1970 outside and to the east depict numerous counterculture images, including the Isla Vista Tree." The tiles are no longer on that corner (which is now Chase Bank), since they were removed as part of the Pardall Road streetscape renovation project in 2008.

The removed tiles were saved: "Last week construction crews carefully removed handmade tiles made in Isla Vista during the 1960's by Hugh Carroll & John Greybill. The Redevelopment Agency will be working with the IVRPD Board and community members on how the salvaged tiles can be reused as a public art feature along Pardall or in a public park." 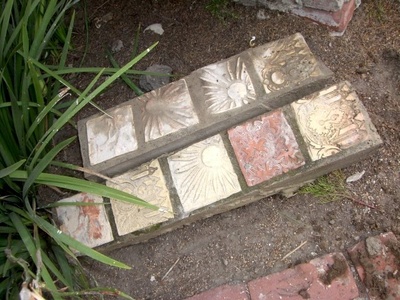 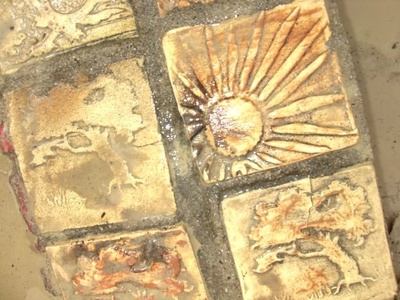 There are broken handmade tiles, along with painted tiles, set into the sidewalk on Pardall Road just outside Pardall Tunnel, in a small park area (the Pardall entrance): 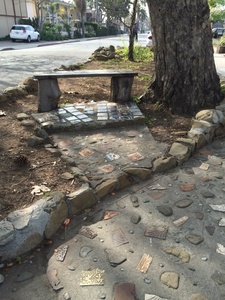 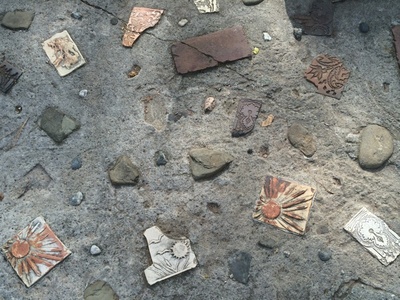 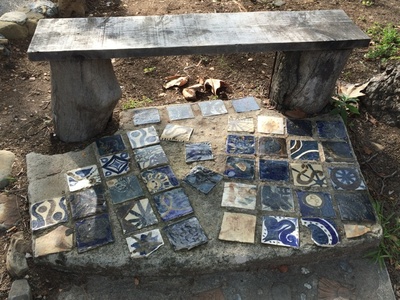 On Madrid Road between campus and Embarcadero Del Norte (intact)

There is a large arrangement of handmade tiles in the sidewalk on Madrid Road across the street from Super Cucas, next to the empty lot belonging to the auto shop: 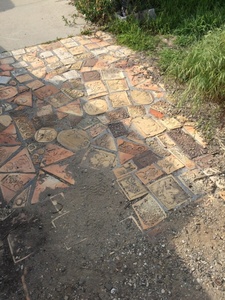 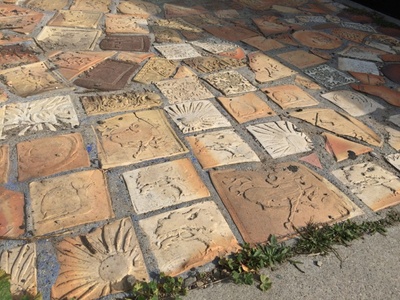 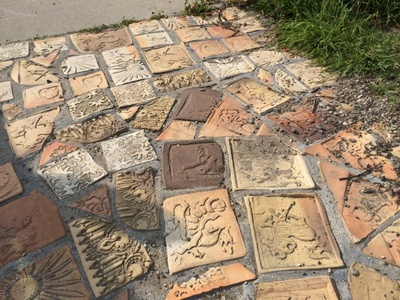 In June 2015, Carmen Lodise wrote, "I have a couple of chunks of Hugh's tiles in my garden in Mexico, which the County tore out maybe 15 years ago. I shared these pictures with Hugh recently and he was pleased." 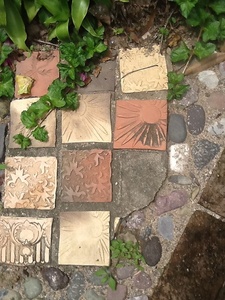 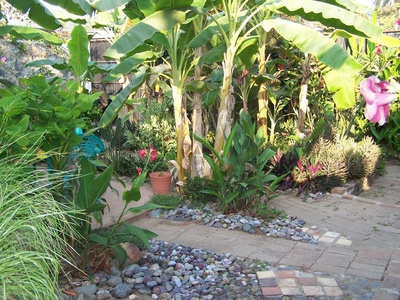