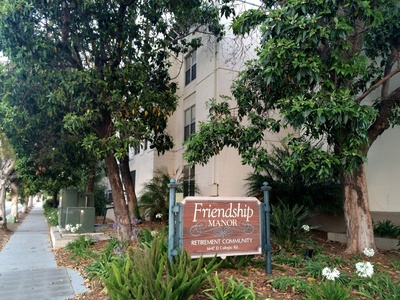 The building was constructed in the 1960s as student housing, called the College Inn. It soon became a retirement community instead: "A student-population drop in the early 1970s, after the riots that resulted in the burning of the Bank of America in Isla Vista in 1970, prompted the owners of the complex to offer it up for sale. The purchasers turned the complex into an independent-living facility, which it remains today."