There was a Gay Liberation Front group at 900 Embarcadero Del Mar, Suite B, in 1970. Many Gay Liberation Front groups formed in the US and other countries after the 1969 Stonewall riots. The Stonewall riots were a violent rebellion against oppression of queer and trans people, and these groups formed to carry forward a militant spirit. The groups continued until about 1972.

The Isla Vista group was listed in this directory of gay groups in 1970:

It's also covered in the report on page 85 of this FBI file, dated December 18, 1970 and unclassified in 1984. A local resident called the FBI to report her concerns about the Isla Vista group: 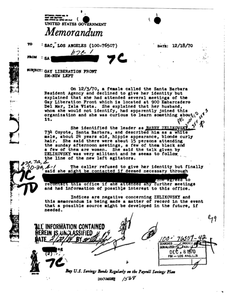 "On 12/3/70, a female called the Santa Barbara Resident Agency and declined to give her identity but explained that she had attended several meetings of the Gay Liberation Front which is located at 900 Embarcadero Del Mar, Isla Vista. She explained that her husband, whom she would not identify, had apparently joined this organization and she was curious to learn something about it.

She identified the leader as BARRY ZELIKOVSKY, 734 Coyote, Santa Barbara, and described him as a white male, about 24 years old, hippie appearance, blonde curly hair. She said there were about 15 persons attending the Sunday afternoon meetings, a few of them black and a few of them are women. She said the talk given by ZELIKOVSKY was very militant and he seems to follow the line of the new left agitators.

The caller refused to give her identity but finally said she might be contacted if deemed necessary through [redacted], She agreed to recontact this office if she attended any further meetings and had information of possible interest to this office.

Indices are negative concerning ZELIKOVSKY and this memorandum is being made a matter of record in the event that a possible source might be developed in the future, if needed."

900 Embarcadero Del Mar is a retail building with several small businesses and a restaurant space (currently occupied by Silvergreens, The B Boutique, a couple of union offices, and a yoga studio). In 1973, the building looked like this:

It still looks pretty similar. There is no Suite B today though - only Suite A, Suite C, Suite D, and Suite E (all on the second floor) - so it's likely that the Gay Liberation Front occupied a second-floor space that got merged with a neighboring space at some point. 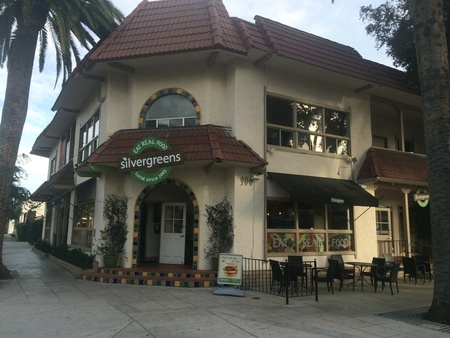 This may have been one of the earliest LGBTQ activist groups in Isla Vista. A year later in 1971, the Isla Vista Women's Center on Pardall Road was established, which included a lesbian group.