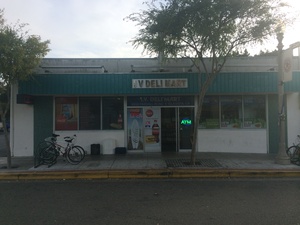 IV Deli Mart is a convenience store that sells snacks and drinks, in addition to having a kitchen that makes a variety of Mediterranean and American food. They used to be next door, in a much smaller location. 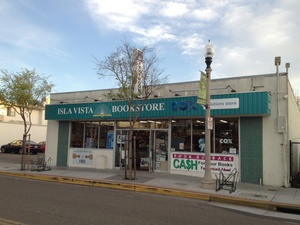 This building in February 2012, by Britta Gustafson (CC BY-SA)

This was previously the location of the IV Bookstore, which was open for 47 years and closed in 2012 - "The building was constructed in 1965 to the specifications of the bookstore's original founder John Sakurai, and at least 12 other I.V. book-selling businesses have come and gone in that time."

The front of the building has a neat mid-century style patterned tile decoration: 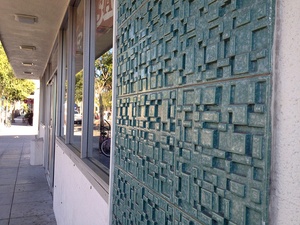